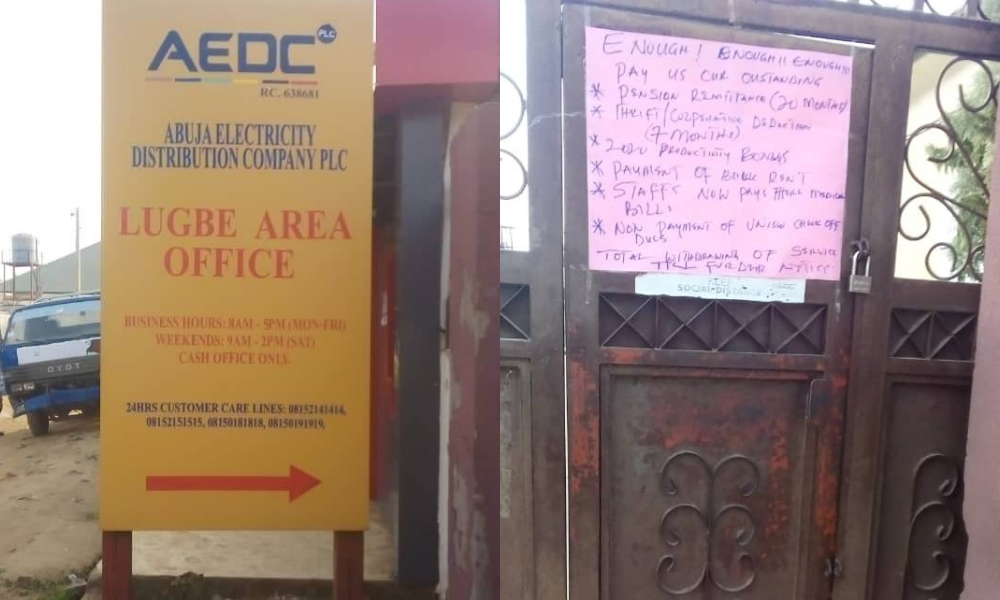 The residents in their numbers arrived at the headquarters on Thursday with much displeasure.

But epileptic power supply by the Disco forced some of the residents to demand for their transformers which has for long been in bad shape.

The protesters said they had handed the faulty transformer to the AEDC since July 2022.

According to them, the Disco’s nonchalance has kept them in total darkness thereby frustrating their businesses for five months.

One of the protesters, while speaking with newsmen said, “They (AEDC) keep saying we have fixed the transformers, we told them, can we see where the transformers have been fixed so that the assurance they gave to us, we will be able to work with them.

“At the end of the day, it is the solution we want; therefore, we have said, and they have agreed that today they will call us once they have corresponded with the person in charge of the vendor fixing the transformer.