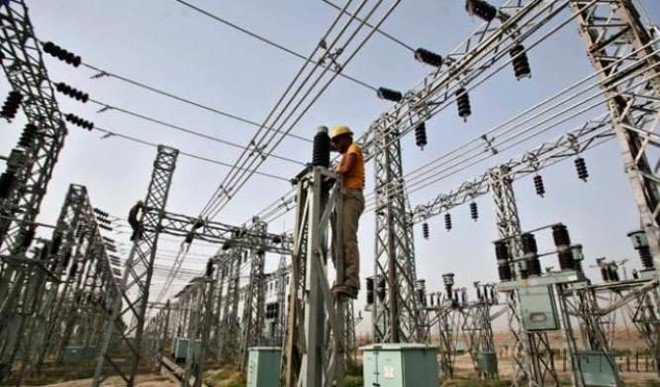 Minister of Power, Engr. Abubakar Aliyu has said that the country currently generate cumulative 18, 000 Mega Watt of electricity across the country.

Engr. Aliyu disclosed this while inspecting the ongoing expansion work of transmission line on Thursday in Kano that will boost power transmission and distribution in Kano axis to bring improved light to the parts of the country.

The Minister said 13,000 MW was generated through national grid while captive and embedded channels generated the remaining independently.

“The generation and distribution are already privatized but transmission is still under the government. Through 18 generation companies which are currently generating electricity, we have a capacity of over 13000 MW on national grid and we have other off grid which are domiciled within some companies such as Shell Oil, Dangote etc. that generate their own electricity.

“They are in the country, they drive the economy. If you add those ones we call captive and we have embedded that use for themselves… off and on grid…we have recently engaged KPMG to measure how much we have as generation within the country and the figure is around 18000 MW. 13000 on national grid, captive and embedded generate 5000MW plus other off grid.”

The Minister decried that there was no similar output at the transmission and distribution level to take the electricity to Nigerians.

According to him, the Buhari Administration is committed through its agreement with the German Government to expand generation, transmission and distribution capacity to 25,000 MW by 2025.

“But you have to have the willing capacity to take this generation away from the generating plant through TCN through the national grid. Right now the capacity (for transmission) isn’t matching with the generating capacity. And worse also is at the distribution end.

“So now that takes me to what the government of President Buhari is doing to this country in government-to- government collaboration between Nigeria and Germany through we you call Siemen, which will raise our capacity in 3 phases: 1. Raise the capacity of national grid, TCN and distribution to 7000Mw; second phase to 11000mw and third to 25000 wm between now and 2025.”

He added that “as it is now the capacity of TCN is 7-8000mw but that may not be useful if it is not uptake at the distribution level. The distribution capacity isn’t up to that, so if you generate more than that it will remain in the grid. We want to make sure that whatever is generated, is equally distributed. We have made early order of some transformer and other equipment and they have started arriving at the port. We will install one in Lagos, one in Abuja.”

Engr. Aliyu further noted that enormous resources are going in to expand power the network of national grid across the country.

“We are here to inspect this substation that is currently receiving power from Kaduna through 330 single line which is very inadequate. Another line is being procured which is a double, 330 hotline to bring more energy here so that the people of this environment will enjoy more electricity. Right now the capacity here is only 600mw, anything above 600, it cannot carry. With the new line coming in double cycle 330 quad line is going to come with capacity of over 2000MW. So with the current one side by side you can imagine how the electricity of this area will be.”

He called on Nigerians to be patient with the Buhari led administration as the country “has never seen this kind of investment before. This government has invested so much in the national grid. What we need now is time for it to yield result. It takes time for project to be delivered. This is how we are expanding.

He said that some of the government loans that people talk about are actually  going into the power sector which produced second largest carbon-free hydro-electricity dam in the country through a loan of $1.2billion that added 700MW of electricity in the country for the benefit of Nigerians.