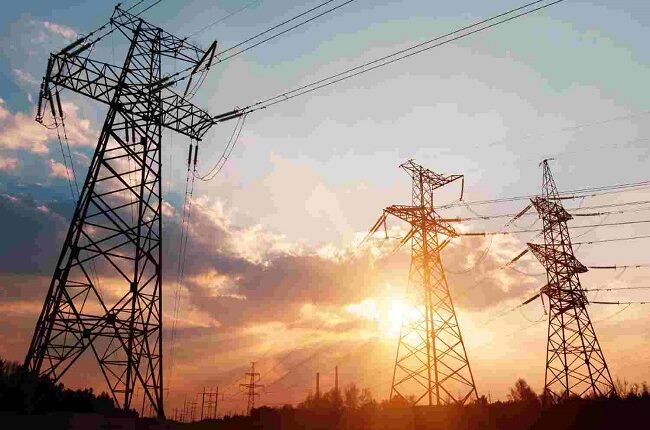 In 2017, the Federal Government (FG) declared four (4) categories of eligible customers in the Nigerian Electricity Supply Industry (NESI). The declaration permits electricity customers to buy power directly from the generation companies in line with the provisions of Section 27 of the Electric Power Sector Reform Act 2005. ADETOLA BADEMOSI writes on how the eligible Customers framework could drive efficiency in Nigeria Electricity Supply Industry.
THE Eligible Customer regulation was  in  2017, introduced this allows electricity generation companies (GenCos) and Independent Power Producers (IPPs) by-pass the Bulk Trader,  Nigerian Bulk Electricity Trading Plc (NBET)) and distribution companies (DisCos) in order to sell electricity directly to “Eligible Customers” as defined by the regulation.

connected to a metered 11kV or 33kV delivery point on the distribution network, whose consumption is in excess of 2MWhr/h on a monthly basis or whose minimum consumption is more than 2MWhr/h over a period of one month.

The regulation among other objectives,  seeks to provide standard rules to facilitate competition in electricity supply  promote  rapid expansion of generation capacity, as well as the opportunity for improvement in the quality of supply while also  encouraging third party access to transmission

and distribution infrastructure as a precursor to full retail competition in the Nigerian electricity market.

But since the declaration was made, little or no progress has been made, instead the policy at some point almost somersaulted.

In 2021, the Nigerian Electricity Regulatory Commission (NERC) ordered the Market Operator at the Transmission Company of Nigeria (TCN) to suspend authorised direct supply by electricity generation companies to consumers.

This generated controversies as many misconstrued the directive to mean that the industry regulator had suspended the policy.

But NERC, in a swift response, said the regulations provide conditions for the grant of eligibility status by the Commission, which some customers flouted, hence the directive.

“….the Commission further issued the guidelines for filing for competitive transition charges to account for the loss of revenue by DisCos in compliance with section 28 of the Act.

” In this regard, electricity consumers across the country that comply with the provisions of the Eligible Customer Regulations may avail themselves of the bilateral contracting opportunities presented by the intent of the provisions in the EPSRA and the ECR,” the regulator had in a statement clarified.

Also, Executive Director, Research and Advocacy, Association of the Nigerian Electricity Distributors, ANED, Barr. Sunday Oduntan also pointed out that the contracts signed and operated by GenCos and the consumers did not meet the requirements set by NERC.

Although,  since privatisation,  Nigeria has increased its capacity to produce substantial power, the additional capacity after the privatisation exercise has been constrained or rejected from reaching the end users.

Constraining generation capacity frequently occurs in the NESI. The Independent System Operator forces GenCos to reduce the amount of power fed into the grid to maintain system stability, system Nominal voltage, nominal frequency and to avoid the overall collapse of the National Electrical Grid.

However, GenCos have repeatedly lamented that the compulsion by the System Operator bears enormous financial implications. They said that besides the huge investment to attain the capacity, they also pay for their fuel, otherwise known as natural gas, to run this capacity amidst other operational running costs.

However, with stranded generation capacity in the electricity market and poor market liquidity, harnessing the dividends of eligible customers is a brilliant way to liberate the electricity sector.

Meanwhile,  there are 12 power generation companies in the country, solely owned by the private sector.

Aside from these GenCos, in 2004, the National Integrated Power Project (NIPP) was conceived as a fast-track government-funded initiative to stabilise Nigeria’s electricity supply system while the private-sector-led structure of the Electric Power Sector Reform Act (EPSRA) of 2005 took effect.

Initially, the NIPP was designed around seven medium-sized gas-fired power stations in the gas-producing states and the critical transmission infrastructure needed to evacuate the added power into the national grid.

The  NDPHC is fully subscribed to by Federal, state and local governments with a mandate to manage the power projects tagged National Integrated Power Projects (NIPP), an emergency intervention scheme to tackle the power problem in the country.

The 10 NIPPs have the combined capacity to generate over 3,700MWs while its rate (Tariff) – price per kilowatt is considered much cheaper even among stakeholders in the energy sector.

Also, Each GenCo has its power generating capacity, which the DisCos are expected to offtake and deliver to provide efficient nationwide power.

Interestingly, it is restricted by the volume of power it can supply to the energy grid. This implied it would only get paid the amount of the energy provided.

According to the Managing Director of NDPHC, Mr Chiedu Ugbo, the firm is only allowed to supply 20 per cent of its generation, leaving 80 per cent stranded.

His words: “I am managing generation assets: I have tariffs that are 28 per cent lower than my peers, meaning that I am subsidising the sector by 28 per cent.

This questions what the company stands for; a social company or a business entity.

“We have met the regulator several times on this to say that the government has to take a decision on whether we are a social company or a business entity because if they increase our tariff, it will lead to an overall increase in revenue judging by the capacity of 4,000MW that we have,” he added.

Meanwhile, with NDPHC being an integrated power company with expertise in generation, distribution, and transmission, State governments could take advantage of the company’s plants strategically located across the regions rather than embark upon expensive and unsustainable provision of diesel-powered IPPs.