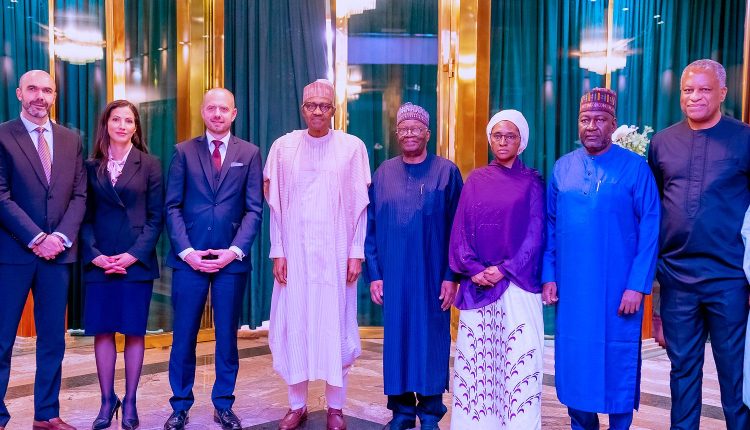 President Muhammadu Buhari says Nigeria remains dedicated to the partnership with Siemens and the German Government to improve electricity generation in the country.

While receiving the officials of Siemens Energy AG at State House on Thursday, the President urged them not to relent in ensuring that the government’s commitment to Nigerians in delivering the Presidential Power Initiative (PPI) is fulfilled.

The President told the Chief Executive Officer of Siemens Energy, Dr. Christian Bruch, the CEO of Siemens Africa, Nadia Haakansson, and the CEO of Siemens Nigeria, Mr. Seun Suleiman, that the outcome of the collaboration will deliver critical business enablers and opportunities to engage young enterprising Nigerians in various endeavours.

The President also welcomed the training of 200 Nigerian engineers on network development studies under the initiative, saying that this represents ”a very important upskilling and knowledge transfer process.”

The President added that he looks forward to the 5,000 engineers that would have been trained by the end of the programme.

Recounting his promise to Nigerians earlier in this administration to improve electricity supply by resolving capacity deficit across the sector’s value chain, the President lauded the German Government, through the former Chancellor, Angela Merkel, for graciously supporting the country, leading to the signing of a Memorandum of Understanding with Siemens.

He also thanked Chancellor Olaf Scholz for the German Government’s continued support for the PPI.

President Buhari expressed delight at some notable progress on the implementation arrangements of the PPI, adding that the first batch of two power transformers already delivered by Siemens would be commissioned in November 2022.

”I have been reliably assured that 10 Power Transformers and 10 Mobile Substations would have been completely delivered and installed by May 2023. This is despite production challenges and constraints due to the Covid-19 pandemic that has severely impacted global production and supply chain,” the President disclosed.

The Nigerian leader thanked the Government of Germany for approving Euler Hermes to provide cover for the financing of the PPI pilot project, noting that this will serve as a template for the subsequent phases.

Acknowledging that the overall frameworks for technical and commercial arrangements are being concluded, the President said:

”However, what I would like to see is that we attain completion of the entire transaction process by December 2022. This will entrench the mandate of the PPI in full committal terms.”

The Minister of Power, Abubakar Aliyu, thanked the President for ”the remarkable vision of PPI, adding that Nigerians will be thankful to him for a long time after leaving office, “because the power sector will be revitalized.”

He said Siemens was one of the world’s best in power, ”and will surely deliver.”

Dr Christian Bruch, after sympathising with Nigerians affected by the current devastating flood, said his team was fully committed to the PPI, ”and we will push forward in the weeks and months ahead, as we need to move the process faster.”

He also promised to continue with training and improvement of capacities, adding that though general elections were ahead in Nigeria, ”the power initiative will continue, as we are fully committed, and will accelerate the process.”