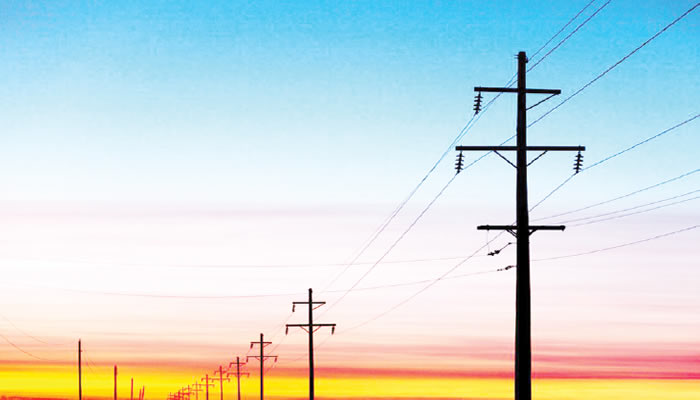 Nigeria has been unable to find a lasting solution to its perennial power supply challenges despite sitting on a huge natural gas reserve of 208.62 trillion cubic feet as of January 2022. OPEOLUWANI AKINTAYO writes on the feasibility of the electricity market regulator meeting its target of 5000 megawatts starting from the targeted date- July 1, 2022

For the Nigerian Electricity Regulatory Commission there is an urgent need to ramp up power generation to at least 5000 megawatts. The target was necessitated by a widespread clamor over the spate of system collapses which have led to the total blackout recently experienced in the country.

While power generation can be said to have improved over the last two years, about 9MW was recorded during one of the six system collapses recorded so far this year.

Since the NERC declared July 1 as day for all stakeholders in the sector to commence delivery of at least 5000megawatts of electricity, consumers have taken it upon themselves to observe supply trends, even as the month of July speeds off. But 5000MW is still not in sight.

Statistics from the Nigerian Electricity System Operator, NESO, put peak generation at 3,690.50 MW as of July 16.

The NERC recently held crucial meetings with major stakeholders in the sector- generation, distribution and transmission companies, including gas producers, where critical issues hindering attainment of 5000MW were discussed. A number of challenges ranging from gas supply, to vandalism, and infrastructural challenges were highlighted at the meeting.

According to her, all stakeholders were resolute on abiding with the contract aimed at delivering at least 5000MW of electricity to Nigerians.

“The discussion is ongoing right now on the partial activation of the PPA contract. The outcome is going to be for the good of Nigeria,” she said.

Nigeria currently has 26 power plants, out of which four are hydro plants. Eighty per cent of power generation comes from gas, and currently, sustainability of gas to those plants have been constrained largely due to breakdown, vandalism, maintenance work and disruption of supply to power plants.

A recent report by The PUNCH had chronicled a drop in the combined generation capacity of Nigeria’s 26 power plants by 70 per cent.

Latest data sourced from the Nigeria Industry Supply Industry, NESI, showed that the capacity of the plants dropped from a total of 13, 461MW to 4, 022MW in July 2021.

A breakdown of the data showed that the four hydro plants under the Power Purchase Agreement (PPAs) such as Kainji plant (hydro), with an original 760MW capacity, had approximately 153MW capacity as of July last year, while Jebba with 576MW capacity, had 332MW.

On the other hand, Shiroro plant with a nameplate capacity of 600MW already dropped to 248MW, while Mabon with 40MW capacity did not generate any power as of the last review date.

The government-owned gas plants still under the PPA such as Ibom Power, OmokuFIPL, Trans Amadi FIPL, and Afam FIPL’s generation capacities went from 190MW, 150MW, 130MW, 360MW with Eleme not generating into the grid, to 13MW, 31MW, 76MW, and 65MW respectively

The PUNCH gathered that a daily loss of about 300/400MW on the grid is capable of resulting in a system collapse. The NERC sometimes blames the collapses on activities of vandal attacks on transmission houses, leading to loss of massive power generation or load, which results in obstruction of what goes into the national grid.

“This is a huge challenge to the sector,” Chairman, NERC, Garba Sanusi, had said during a media parley in Lagos.

“The recent challenges are very clear. In the past, it used to be weak infrastructure but today, we have external factors contributing to these events. Honestly, it is not common around the world to see people break down power infrastructure or crude oil pipelines. Most of the gas used is associated gas and when one crude oil line is affected, it affects the supply of gas,” he added.

According to him, while the Commission hoped that the Federal Government would find a lasting solution to the pipeline vandalisation, it was currently working to ensure the GenCos signed gas contracts with gas companies.

With the paltry power generation yet to go round Nigeria’s over 200 million populations, there have actually been allegations of push backs in terms of power rejection by the DisCos.

The PUNCH learnt that NERC was currently engaging all the stakeholders in the power sector value chain in making sure cases of power rejection became a thing of the past.

“We now have an agreement with gas suppliers within our regulatory space. Once the contract starts, no party will be allowed to reject power anymore because everything generated by GenCos must be absorbed by the DisCos and adequately paid for. The CBN has agreed to assist and monitor bill collection to make sure each stakeholder in the value chain gets paid what is due as at when due. Power sold will also be adequately monitored and there will be no issue of money ending up in the pocket of one district manager somewhere. Everything will follow due process as soon as the contracts kick start,” Garba said.

The NERC said there would be sanctions if any of the contracted party breached the agreement.

“Before now, the plants had generated above 5,000MW and clearly, TCN had delivered above that too. I recalled that late last year, we had 5,400MW. So, it’s not impossible and based on the signed commitment, this will be delivered. What is different now is that all the stakeholders along the value chain are involved and there will be consequences for defaulters. In a situation the GenCos are able to deliver 5000MW and TCN is not able to wheel the same to customers, they will pay the penalty to the generation companies and where the power is available and the DisCos do not take, the DisCos will pay equivalent damages to compensate other participants. But we don’t want to run the business on the basis of penalties, we want it to deliver. So, beyond paying penalties, we will investigate whatever reason the power could not be delivered and the issue will be resolved. It’s going to be ‘give and pay.’

“Consumers require this service. The DisCos have committed to buying the electricity and GenCos have equally committed to buying the gas to generate the electricity, and the only way it can be done in a sustainable manner is if it’s underpinned by contracts. If any of the participants defaults, obviously, there will be consequences. That is the basic explanation of what we want to do. We are going to meet at least 5,000MW. DisCos must commit to buying it; GenCos must commit to generating it and we will ensure that there is availability of gas. So, there won’t be any story of no gas to produce power.”

Not only did the NERC say the sector was committed to delivering 5,000MW in July, it also vowed to use the opportunity to increase generation to 5,500- 6,000MW afterwards.

“But we have to stabilize at 5000MW first before going further.  That is the new thing we are doing and that is how the market was designed to work in the first place. What is important is that we actualize a vision that is stable and if we get to the target, we will be sustaining it. It does not mean that we can’t generate above 5,000MW, there is still additional capacity, which is the 220MW spinning reserve at Egbin,” Garba said.

Metering expert, Sesan Okunade told The PUNCH that power generation was not what Nigeria should be battling to solve at the moment.

“We have generated more than this before that have been sold to neighboring countries. Our problem is transmission and the Disco, whose infrastructure is not capable of withholding the supply if more power, is transmitted from the Genco. Some of the reasons for system collapse is the excess kilowatt not being collected by Disco due the technical and commercial loss.”

He said the NERC should mandate the Disco on good connection policy devoid of the cobweb currently in the network so that energy would be well accounted for, adding that this would assist in knowing if more would be transmitted to such a Disco.

“Good connection policy and investment in transformers to replace the obsolete one will assist in what is being generated to be effectively received by Discos,” he added.

The National President, Electricity Consumers Association of Nigeria, Chijioke James, questioned why NERC should still set a target of 5000MW when Nigerian consumers were told years ago that the generation capacity was over 6000MW.

“We are surprised that in 2022 NERC is promising delivery of 5000MW. This does not give consumers confidence that the current situation will change for the better soonest,” he said.