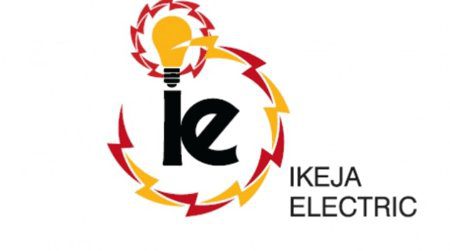 Nigeria’s power distribution company in Lagos, Ikeja Electric (IE), has raised the alarm that about 33,000 customers on its network have not vended (purchased electricity tokens/unit) since they were metered over one year ago.

Head of Metering, IE, Mr. Morenikeji Amosun, announced the numbers at an a media interactive session with Energy Correspondents at the weekend.

He disclosed that over 30 per cent of (111,703) customers, representing 33,000 metered under the National Mass Metering Programme (NMMP) have not vended till date.

NMMP is a metering initiative introduced by the Federal Government towards achieving mass metering of Nigerians by providing loan facility to DisCos for the procurement of meters for customers); and local meter manufacturers for production and assembling of meters. Phase one of the NMMP launched in October last year.

The Central Bank of Nigeria (CBN) had in January 2012, provided N18.58 billion worth of credit to Electricity Distribution Companies (DisCos) to procure 347,853 electricity reading meters and enhance regular power supply in the nation.

He lamented that some customers only procured the meters as a decoy to engage in energy theft, meter bypass among others but not actually interested in paying for electricity.

Amosun added that that customers with legacy debts that have had such transferred to their prepaid meters are also seeking ways to ensure that such debts are not liquidated, hence their strategy not to recharge but to steal energy.

He advised customers with penchant to desist from such as the penalty for energy theft remained prosecution, imprisonment and huge fines

Amosun, explained that at January 2022, the power utility firm had about 838,000 unmetered customers on its network, a figure which he said has been reduced by about 60 per cent due to the intervention of the Federal Government under the National Mass Metering Programme(NMMP).

Given a further breakdown of the metering installation figure, Amosun said IE was able to meter about 111,703 customers under the NNMP phase 0 programme.

He disclosed that IE has been able to identify the importance of metering which, he said came to the fore during the COVID-19, because no marketer was on the filed to chase customers for electricity payment due to the fact that everyone was at one.

‘‘So during this period, our inflow was guaranteed from pre-paid customers. I don’t need to come to your house to disconnect you because once your unit is exhausted, your meter trips off. So customers then imbibed the culture of being more responsible by avoiding power interruption,’’. So that informed our decision to meter more customers.

Speaking on the Meter Asset Provider(MAP) scheme, he said the DisCo has so far installed about 45,000 meters customers in the the last four months, especially with the implementation of the 24-hour metering initiative.