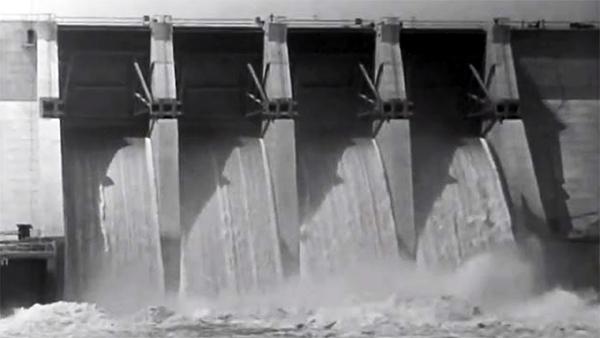 Mainstream Energy Solutions Limited (MESL), operator of the Kainji and Jebba Hydropower Plants, has invested a fresh $89 million (about N37.2 billion) into the Kainji plant, located in Niger State.

The Chairman of the company, Col. Sani Bello (Rtd) said that the fund would be used to install 1 G 3 and 1G 4 generators.

He spoke, yesterday at the ground breaking event for the project which would be executed by Power China company.

Col. Bello said that the two turbines would generate additional 220 MW capacity to the Kainji plant.

The chairman said that Kainji currently generates 520 MW which would be raised to 740 MW at completion of the project in 44 months’ time.

He added that the two plants operated by Mainstream already had a combined capacity of 1, 002 MW of electricity generation.

According to Cpl Bello, “The journey of reforming the power sector since privatization has been extremely challenging for all stakeholders across the value chain. However, more can be achieved in this sector when we address the issues affecting the industry as it impacts the industrialization and wealth creation of Nigeria.

“Kainji and Jebba dams are examples of key assets across the NESI value chain that require significant capital investments. As stakeholders we must work collectively to ensure economic viability, by creating an enabling environment that will attract sustainable financial investments that is required to rehabilitate and further expand electricity infrastructure in our country.”

He identified some key challenges facinmg the power sector, which he said, required urgent government attention.

They included revenue reassurance, rehabilitation and Expansion of Aging Infrastructure; access to the foreign exchange market; ease of Obtaining government permits and approvals; and liberalization of the power sector.

The chairman said, “We must adopt policies that aid with unlocking and guarantying liquidity, within the value chain such that investors as well as financing institutions are confident that there will be adequate return on investments.

“The Utility sector is capital intensive and as such requires policies that aid commercial viability, sanctity of contracts and timely payments. Payment of invoices in the industry still average 18 to 24 months.”

He, therefore, appealed to the federal government to take urgent steps towards timely treatment of invoices presented by companies that generate power, the country.

Col. Bello also called on the federal government to allow operators in the sector make payments in Naira, rather than Dollar, as they receive their revenue in Naira.

The chairman noted that most of their equipment and spare parts were imported and that as such the government should assist operators in the industry in accessing foreign exchange.

His words, ‘We plead with the government to liberalize sourcing of forex as sourcing forex is still a challenge.”

In his address, the Managing Director of the company, Engr. Lamu Abdu said, “From the commencement of our operations in 2013; the company has diligently undertaken its commitment under the Concession Agreement with the Federal Government of Nigeria.

“As at May 2021, we have recovered 542MW from Kainji and Jebba hydropower plants, bringing our total available capacity to 1002MW. The company has also signed contracts for the overhaul of Jebba Unit 2G5 (96.4MW).

The Minister of Power, Engr. Abubakar Aliyu, admitted that the current 5,000MW of electricity generation was not enough for over 200 million people in Nigeria.

He said, “This clearly shows that we are not meeting the power need”, urging the Nigerian Electricity Supply Industry (NESI) to brace up for the energy demand gap.

The Executive Director, Siraj Abdullahi, noted the minister’s commitment to addressing challenges in the power sector and urged him to maintain the tempo, with a view to driving an expansion programme in the sector.

Mr. China, Jiu Jian, who represented Power China assured that the project would be delivered on schedule and in line with international standards.