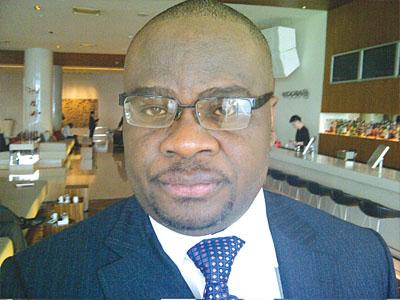 The organization he leads is leading international energy (power, oil and gas) and infrastructure conglomerate with operations in over 42 countries across Africa, Asia, the Middle East and Europe.

Adesina holds a  B.SC  (Insurance),  M.SC. (Business), Masters in International Law and Diplomacy and is an Associate of the Chartered Institute of Insurance.

He has a highly diversified professional background.

At Sahara Group, he has overseen many initiatives including nation-wide strategic management of the supply chain of Fuel to the Emergency Power Plant of the defunct National Electricity Power Authority (now Power Holding Company Nigeria Limited), led the Majestic Oil delegation on the acquisition of the Sierra Leone Refinery, managed the Crude Oil contract of the Group in Cote D’Ivoire and served as the Director of Infrastructure, responsible for the acquisition of strategic assets in Africa.

Adesina also served as a member of the Presidential Committee on the Accelerated Expansion of the Electricity Infrastructure in Nigeria, which culminated in the unbundling of PHCN successor companies.

He led and steered the strategy that facilitated the acquisition of the Group’s power assets; Ikeja Electric, the largest privately-owned power distribution business in SSA, Egbin Power Plc – the largest thermal plant in Sub Sahara Africa, SSA (with 1,320MW installed capacity with ongoing expansion plans to increase the capacity over two-fold, providing a quarter of the total generating capacity in Nigeria) and First Independent Power Limited.

He currently chairs the board of Ikeja Electric.

Kola leads the vision of Sahara Power Group aimed at bringing energy to life by deploying diversified power sources to light up lives, businesses and sustainable interventions in Nigeria and across Africa.

He combines his years of management and business diplomacy experience into creating and executing innovative strategies for governments across sub-Saharan Africa in the energy sector.

He is a much sought-after resource person on energy-related issues, especially the power sector in Africa and is also a frontline speaker at conferences across the globe.

Adesina sits on the board of several companies, providing strategic and visionary leadership for the execution of business goals and objectives.

He is passionate about empowering young people and takes great pride in mentoring youths to seek creative ways of galvanizing their energies for sustained excellence and productivity.

For instance, he has trained young Nigerian experts overseas on the management of key power sector assets. They have returned and are now manning the infrastructure.

Adesina is a pan-Africanist, a seasoned entrepreneur and avowed promoter of the Pan African dream of regional integration and trade.

Already, in Ikeja Electric, more than 400,000 customers have been metered, 99 per cent of Distribution transformers are metered while 15 per cent of Grid energy for 2020 was distributed.

He encouraged increased rehabilitation and expansion of power plants through the instrumentality of young engineers, who were hired and trained overseas.

Consequently, at takeover in 2013, only 400MW of Egbin plant was available for generation, as opposed to today where the full capacity of 1,100MW is available for distribution, thus enabling Egbin to contribute 13 per cent to the national grid energy annually.

The increased capacity of Egbin Plant has encouraged increased utilisation of gas, thus empowering gas producers and suppliers while reducing gas flaring in the nation.

Much has also taken place at First Independent Power Limited (FIPL), which is located in Rivers State.

FIPL has a vision of being the largest and most stable power generation company in the South-South region of the country while contributing significantly to the power grid of Nigeria and thereby catalyzing the socio-economic growth of the nation.

In FIPL, the group has a dynamic team of intelligent, driven and innovative young men and women who continually work to ensure that the vision of the business is progressively realized.

The Eleme Power plant, completed under his watch, contributes over five per cent of the national grid energy annually.

Available capacity has grown from 35MW at takeover to over 500MW today. Adesina is Vanguard’s Private Sector Icon of the Year.