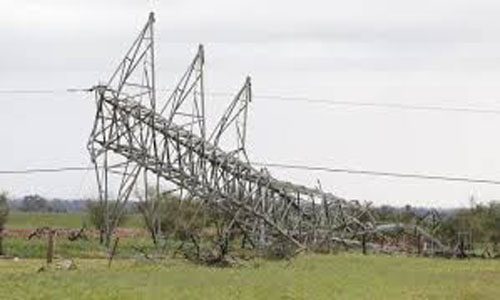 Vice President Yemi Osinbajo has announced the Federal Government’s intention to  decentralize the national grid as part of the Federal Government’s measures to deal with its persistent collapse. The Vice President also announced other policy measures, including tackling the lingering security situation, improving broadband connectivity, reducing the incidence of multiple taxation, over-regulation of business as well as establishment of a technology economy, to make life more meaningful for Nigerians. Vice President Osinbajo who spoke in a speech he delivered to mark this year’s International Workers Day in Abuja on May 1 seized the occasion to appeal to the Leadership of the Academic Staff Union of Universities (ASUU) to embrace dialogue with the government in resolving the crisis that led to the disruption of academic activities in the country’s public universities.

“We will crack the power conundrum, (the “up NEPA” thing will stop) by decentralizing the national grid system, and by providing alternative grids with private sector investments”, the Vice President said.

This is a welcome development. Even if coming late, it is better late than never. This year alone, the country had witnessed four major grid collapses. Indeed, it is on record that the country’s power sector witnessed about 219 grid collapses between 2010 and 2019. According to The Cable, these included 146 total and about 73 partial collapses. These disruptions to power supply takes a heavy toll on industries and small scale businesses.

Decentralization of the grid is not an entirely new idea. Prof Barth Nnaji, a former Minister of Power had mooted the idea as far back as November 2019. Nnaji, in a lecture titled “Let there be light: Solving Nigeria’s Electricity Puzzle for Sustainability” at the Second Distinguished Guest Lecture of Dominican University, Ibadan, recommended decentralization of the grid as a way out of its frequent breakdowns in order to improve electricity supply in the country. According to Nnaji, the chairman of Geometric Power Limited, the national grid should be made into smaller chops for regional supply of electricity with each being “autonomous for better control and invested in by different groups and not one national grid, although there will still be national control that aggregates power and gets power supply from one end of the country to another. With this, each grid will be able to control itself and there will not be system collapse as we always have it now,” he said.
Also, the House of Representatives at its plenary on March 1 passed a bill to allow states to generate, transmit and distribute electricity in areas covered by the national grid, and for related matters. The bill was voted for 298 to 2.

It is heartwarming that the idea of decentralizing the national grid is gaining currency in the country, as some other persons had indicated that it is unwise for Nigeria to put all its eggs in one basket, which is what the present arrangement with the grid is. The whole country does not have to be grounded when the grid collapses, with all the attendant consequences for both the economy and human comfort. Power, as we know, is pivotal to nearly all we do.

However, decentralization of the grid is only one of the options we have to attain stable power supply. There are other areas of energy that we can explore to achieve this objective. The Minister of State for Power, Mr Goddy Jedy-Agba, only last week hinted that the Federal Government was also ramping up solar energy supply to serve as backup during national grid collapses. The minister who spoke at a Rural Electrification Agency (REA) Stakeholders’ Workshop in Abuja urged industry stakeholders to come up with innovative ideas to deal with the power conundrum. Ours is a typical tropical climate with sufficient sunshine to power some electrical appliances without recourse to the national grid. Lagos has initiated the process, with some government’s establishments, including schools, operating outside the grid. If replicated in many parts of the country, the idea would be of immense benefits, especially to schools where teaching and learning can be done with or without the national grid.

The country should also explore other sources of power supply like wind power, especially in the farms.

Whilst the present national grid subsists, it is important for the government to pay attention to the other factors responsible for the spastic power supply. It is not all about generation or the inability of the distribution companies (DisCos) to absorb the energy generated alone, it is also about insufficient gas supply, old and dilapidated transmission lines that are too weak to carry even the inadequate power generated. It is about the reluctance of DisCos to provide prepaid meters to enable them bill consumers only for power consumed, a thing fueling estimated or crazy billing that has no bearing with actual consumption.

The idea of a central national grid is reflective of the structure of governance in the country. But decentralization is key in that it is the commonsensical thing to do. Even then, this must not be at the level of government policy alone; it is something that should be backed by law. Antiquated laws that need to be expunged must be expunged to give way to the new reality.