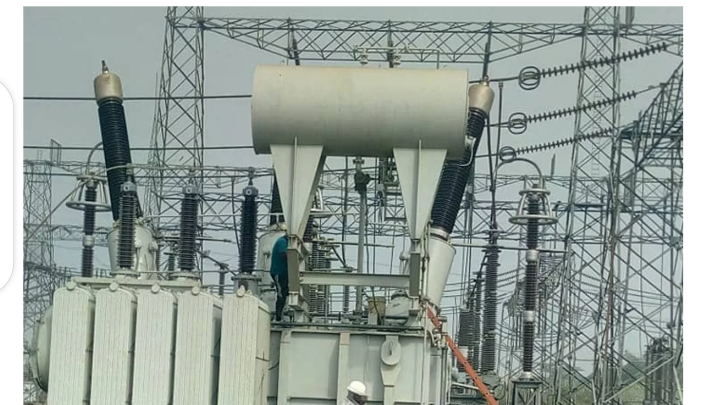 The electricity situation in the country has remained a huge source of concern for consumers and by extension, the economy. Irrespective of the investments made in the sector so far, the level of generation, transmission and distribution of the commodity remains worrisome, MUYIWA LUCAS writes.

The electricity sector in the country generates, transmits and distributes megawatts (MW) of electric power that is significantly less than what is needed to meet basic household and industrial needs. Nigeria has 23 power generating plants connected to the national grid with the capacity to generate 11,165.4 MW of electricity.

In generating this commodity, the country relies mainly on thermal and hydropower sources; while the exercise of generation comes from fossil fuels especially gas which accounts for 86 percent of the capacity and the remaining generated from hydropower sources. These plants are managed by generating companies (Gencos), independent power providers, and Niger Delta Holding Company. In 2012, the industry labored to distribute 5,000 MW, very much less than the 40,000 MW needed to sustain the basic needs of the population. This deficit is also exacerbated by unannounced load shedding, partial and total system collapse and power failure.

Until the power reforms which started in 2005, power generation was mainly the Federal Government’s responsibility through the now defunct National Electric Power Authority (NEPA). The 2005 Electric Power Sector Reform Act signing opened up the industry to private investors. In 2O10, the Nigerian Bulk Electricity Trading Plc (NBET) was established as an off-taker of electric power from generation companies. In 2014, the sector was privatized with three groups- Generating Companies (GenCos), Transmission Company of Nigeria (TCN and Distribution Companies (DisCos) having the responsibility of providing power. By November 2013, the privatization of all generation and 10 distribution companies was completed with the Federal Government retaining the ownership of the transmission company.

With 23 power generating plants connected to the national grid, a combined capacity of 11,165.4 MW of electricity should have been guaranteed. These plants are managed by generating companies (Gencos), independent power providers and Niger Delta Holding Company. The primary independent power plants before the power sector reforms were Shell-owned Afam VI (642MW), Agip-built Okpai plant (480 MW), and AES (270 MW). The third sector is the Nigerian National Integrated Power Project (NIPP), a project that was initiated in 2004 to fast-track the development of new power plants in the country. The majority of the new proposed plants are gas-powered plants. In 2014, the proposed capacity of NIPP plants was 5,455 MW.

Power Africa, a United States Agency for International Development (USAID) initiative to support electricity generation in Africa, noted that Nigeria though the largest economy in sub-Saharan Africa,  limitations in the power sector has continued to limit its growth. Nigeria, the initiative argued, is endowed with large oil, gas, hydro and solar resources and it has the potential to generate 12,522 MW of electric power from existing plants. It regretted that on most days, however, it is only able to dispatch around 4,000 MW, which is insufficient for a country of over 195 million people.

USAID’s submission is right! The current electricity generated in the country has remained inadequate to meet the demand needs of households and businesses. This has been marred by the fluctuating power generation, transmission and distribution in the country. For instance, last March, the average available power generation was put at 3,522.80 mw. This was a sharp drop from the 4,823.60 mw generated in last July.

In 2019, government announced a plan with German tech giant Siemens AG to improve electricity. The plan was in three phases, targeting 25,000 megawatts (MW) of operational capacity in the long term; 7,000 mw and 11,000 mw were to be achieved by 2021 and 2023, respectively through the first two phases.

Sadly, the country’s plan to deliver 40,000 MW by 2020 has failed. This year, the country’s installed electricity generation capacity, according to the System Operator, was 12,910 MW, but less than 8,000 MW was available and less than 4,000 MW reached the final consumers on average. The Economic Growth and Recovery Plan (EGRP) to deliver at least 10,000 MW of operational capacity by 2020 also fell short.

A Power Sector Recovery Programme (PSRP) report sighted last week indicated that the Federal Government is yet to meet its minimum of 4,500mw (Mw) distribution target this year. The target is the minimum level of supply needed for grid stability and the reduction of system outages. It is interesting to note that while power supply has not hit 4,500mw this year, yet the national grid has collapsed several times. Equally, checks on the Nigerian Electricity System Operator (SO) daily production report indicated that the only 3,839.3mw was sent out to the distribution companies on April 19, 2022. Despite this, low generation and distribution data remains a far cry from the target, even as the national grid is easily prone to collapse.

Experts and stakeholders in the power sector are convinced that the sector has not lacked quality investment or funding across all its value chain. It is believed that former President Olusegun Obasanjo’s government spent over $16 billion trying to revive electricity in the country. However, a breakdown of investments in the sector since 2010 shows that the World Bank, in 2010, advanced a loan of $300 million to the country, for the Nigeria Electricity and Gas Improvement Project (NEGIP), which ended in December 2018.

Still, the Japanese Agency for International Cooperation (JICA), gave 1.317 billion Japanese Yen or $12.4 million as grant for the Transmission Company of Nigeria (TCN), to install capacitors and switch gears at the Apo (Abuja) and Keffi (Nasarawa State) substations in April 2018 and these were inaugurated. The TCN also raised another $1.661 billion multilateral loan to increase capacity through the Transmission Rehabilitation and Expansion Programme (TREP).

Findings by The Nation  also revealed that the USAID, under its “Power Africa” initiative, the country has also received support by way of the development of 3,043 mw of electricity generation projects. A look at Power Africa’s website shows the initiative’s involvement including the financially closed transactions it undertook in the country.

According to information available on Power Africa website, technical support to Distribution Companies (DisCos) in Nigeria helped them increase revenue by over $250 million – money that can be reinvested into the distribution network, improving service and expanding access. The Nigerian power sector experiences many broad challenges related to electricity policy enforcement, regulatory uncertainty, gas supply, transmission system constraints, and major power sector planning shortfalls that have kept the sector from reaching commercial viability.

Earlier this month, the Federal Executive Council (FEC) approved N1.4 billion for the supply of more equipment for the Transmission Company of Nigeria (TCN) to boost electricity supply across the country.

The Minister of Power, Mr. Abubakar Aliyu, while making this known said: “The first one was a variation of the sum of a contract for 132/33 KV substation at Kafanchan, Kaduna State, with a KV line base extension at Jos substation, in Plateau State. This is in the sum of N132, 705, 861.42. The second approval was for the supply of handling equipment and operational vehicles also for the TCN at N1,338,159,080.88. They are heavy lifting equipment that the TCN requires for doing its work in the store and on the field while changing equipment and moving transformers.”

Presently, the Central Bank of Nigeria (CBN) is providing $250 million to expand electricity distribution and transmission infrastructure as part of an emergency approach to ensure the stability of the country’s grid and power system. The implementation of the emergency plan by the Federal Government follows the collapse of the national grid twice this month. The project, which will strengthen the interface between the Transmission Company of Nigeria (TCN) and the electricity distribution companies (DISCOs) is expected to gulp about N103 billion and spread across critical locations in the country.

Aliyu explained that the CBN funding would ensure the rehabilitation of critical interface infrastructure between Transmission and Distribution to increase and stabilize power delivery. He explained the project is in addition to the Siemens Presidential Power Initiative (PPI) that will bring in additional $2 billion or more to the Transmission Grid from the government.

The blame game between the three arms responsible for electricity in the country has not seized to amaze consumers of the commodity. While the GenCos insist that they have capacity to generate more than 4,500 mw of electricity, but they claim to have been handicapped because the DisCos have been rejecting load allocation. But to the DisCos, the GenCos have been economical with the truth; while the TCN directed the GenCoS not to operate at capacity because stranded power could trigger system damage (grid collapse).

Though the GenCos were constrained to 2,561mw earlier this week (Monday), representing the lowest generation, the TCN on its part is said cannot absorb more than the DisCos are ready to take. It is imperative to note that the rejection of load allocations by the DisCos places the grid to high and harmful frequency. According to the Nigerian Electricity System Operator (SO), the technical arm of the TCN, last Monday, for instance, the Nigerian Electricity Supply Industry (NESI) recorded 3,650.03mw total energy generated; 3,602.11mw as total energy sent out and 2,561.30mw as lowest generation.

A source within the Association of Power Generation Companies (APGC) said over 4,500mw was available but the TCN only allowed lower production because the DisCos were rejecting power. But APGC’ Executive Secretary Joy Ogaji said: “There is more than 4500 available. The grid cannot take power. Too much frequency means DisCos are not taking power. Ask TCN why they are not letting GenCos generate.”