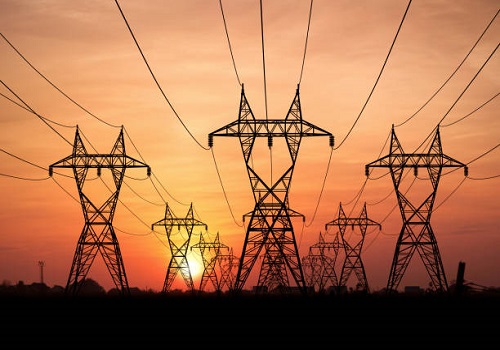 The poor power supply may get worse in the coming days.

The National Control Centre (NCC) of the Transmission Company of Nigeria (TCN) has ordered the shutting down of the 504mw Alaoji Power Station and the 336mw Olorunsogo, The Nation learnt yesterday.

The two thermal-powered plants are owned by the Niger Delta Power Holding Company (NDPHC) on behalf of the three tiers of government.

According to a source, the NCC predicated the decision on the refusal of the Electricity Distribution Companies (DisCos) to accept their load allocations.

“NCC has asked Alaoji and Olorusogo power plants to shut down.

“It (NCC) said it would not take power from them,” said the source, who pleaded not to be named.

Aside from the hydropower plants, the NDPHC (thermal plants) are the cheapest power generators in Nigeria.

The Nation, however, learnt that the NCC would prevail on the NIPPs to shutdown instead of the private power generating firms that vend electricity at the highest prices.

It was learnt that the easy recourse to the NDPHC to shutdown is based on sharp practices as it has neither any commercial nor technical reason.

Decrying the corrupt practices and sabotage that have permeated the electricity market, the source said: “These are the unimaginable issues we are facing in this business.

“You know that the NDPHC is the cheapest of all the power plants.

“But even as it is the cheapest, is it not supposed to make it attractive so that it will be beneficial to the public?

“But do you know what they do? They will first of all buy from all the other ones and it is only when others cannot supply that they will buy from us.

“And if they say it is getting too much, it is us they will first ask to shut down,” she said.

“The NDPHC is owed N170billion but being a government entity, it cannot complain as the private ones”, the source said.

On load rejection, the source noted: “If they (DisCos) say they don’t want power, it is NDPHC they will first ask to go off the grid.

“Any time they have more power than they need the grid will be affected. They will ask some generation companies to shutdown and the first one is NDPHC.

“It is scandalous if you know how many Mw we are producing now for the whole country.”

The Nigerian Electricity System Operator (SO) of the TCN report of April 27 indicated that there was 3238.40mw energy generation.

Executive Director, Research and Advocacy of the Association of Nigeria Energy Distributors, Chief Sunday Oduntan, said the allegation of load rejection was not true.

In a very terse reply to The Nation’s text which asked him if the DisCos were rejecting their load allocations, he simply said “No.”

Also yesterday, the Nigeria Labour Congress (NLC) called for the reversal of the electricity sector privatisation.

It stated this in a communique issued at the end of the Central Working Committee (CWC) meeting in Abuja and signed by its President, Ayuba Wabba and General Secretary, Emmanuel Ugboaja.

The Congress also called for improvement in public electricity supply, immediate provision of pre-paid meters to electricity consumers and the stoppage of estimated billings.