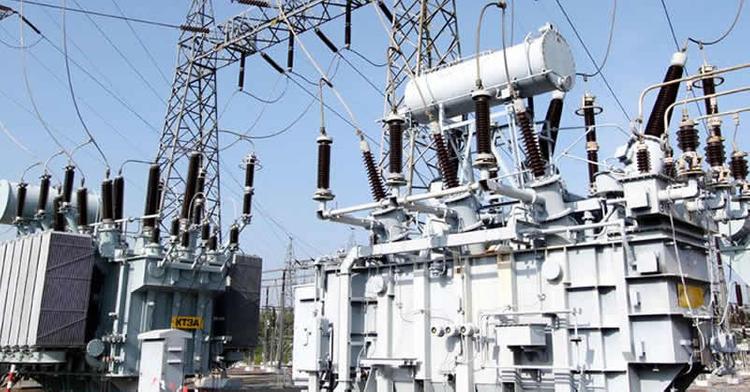 This is certainly not the best of times for residents of Lugbe, Piwoyi, Kuchigoro and other communities in Abuja, the Federal Capital territory, as incessant power outages are making living and running businesses difficult, report JOHN OFIKHENUA and GBENGA OMOKHUNU

Constant power outages, sometimes lasting one week at a stretch, have become the order of the day for residents of Lugbe, Piwoyi, Kuchigoro and its environs. Findings by Abuja Review revealed that there is a decline in the performance of the Abuja Electricity Distribution Company (AEDC).

“As you can see, these doors and windows are for a supply to a contractor, which at least if there is power supply I will make some savings, but I have to go use gas welding to meet the deadline. Even when they bring light, it will hardly stay up to two hours and they will bring it only at night. Sometimes I rush back to my workshop in the night to work,” he said.

Another resident, Mr. Johnbosco Arachie, who resides at Central Bank of Nigeria (CBN) quarters in Federal Housing, said the poor electricity supply was affecting both social and economic activities in the area. He said the majority of the residents mostly use generators at their homes and business premises. Another resident, Mr. Lazarus James, who runs a sachet water business, also lamented the epileptic power supply in the area, saying it has been affecting his business. He said despite spending between N2,000 to N3,000 daily on diesel for his generator, AEDC officials still bring bills to him.

James, therefore, called on the management of the AEDC to address the problem of electricity supply in the area, saying the poor power supply has been affecting not only his pure water business but residents who depend on the electricity to cater for their family. “For example, a welder or a saloon hair dresser who depends on the supply to run his business may be having a problem because not all of them can afford to buy fuel for their generators,” he said.

A barbing saloon owner, Abubakar Ibrahim, who also spoke with our reporter, said lack of stable electricity supply has always been his major challenge. He said he spent between N1000 to N1,200 in a week on his generator in order to attend to his customers. He complained that the estate has been witnessing epileptic power supply for the past three weeks, saying electricity is only restored sometimes for one or two hours.

Mr. Umaru Suleiman, a resident of Kwali area council, also complained of poor electricity supply in the area, saying the absence of electricity has been affecting business and activities in the area. He alleged that residents were forced to pay high electricity bills despite a lack of stable electricity supply in the area. Another respondent, Mr Anthony Ifemenoku, said the irony of the situation was that while those that usually paid bills were most times not supplied electricity, people in shanties who do not pay get regular electricity supply. Mrs. Mary Oni, another resident, said the situation was not only affecting business activities, but also demoralising business owners. Mr. Hyacinth Ifeakanwan, who owns a barbing saloon in the area, said he spends a lot of money on fuel in order to remain in business, adding that he had to push part of the cost to his customers.

As power outage plunged the country and its economy into unbelievable liabilities and regret, the Nigerian Electricity Regulatory Commission (NERC) has vowed to restore normalcy in the Nigeria Electricity Supply Industry (NESI) as soon as possible. The regulator said it is getting in touch with the Transmission Company of Nigeria (TCN), Electricity Generation Companies (GenCos), Electricity Distribution Companies (DisCos), and gas suppliers to ensure that the industry is at its optimal out.

NERC’s General Manager, Public Affairs Department, Dr Usman Arabi, who spoke with The Nation yesterday, said the Federal Government and its agencies are not happy about the negative impact, which lack of power supply has had on businesses in the country. He however noted that the recent setback that aggravated the plights of both service providers and customers was the vandalisation of some the TCN towers. Arabi also blamed the situation on the seasonal low water levels that hamper the production of the hydroelectric generation companies from January to April.

His words: “Government is doing a lot. NERC is doing a lot. We are working with the gas providers, the Ministry of Power, and all the stakeholders to ensure that normalcy is restored. You are in the sector, you know that January, February, March and April, we always have these issues because of lack of water supply in our dams. We are working with everybody; the gas providers, the GenCos, the DisCos to make sure that normalcy is restored. Government is not happy that businesses are having issues. We are doing everything possible to ensure that we are an optimal level.

“Of course, you know the issue of vandalisation there. There is a lot of vandalisation in the TCN. So those things have also affected it and basically with the issue of generation. They are working. TCN is working assiduously to make sure that those towers are back to service and normalcy is restored.” On the other hand, the TCN’s General Manager, Public Affairs, Mrs. Ndidi Mbah, neither answered the call nor replied the text message that sought the company’s part of the story.