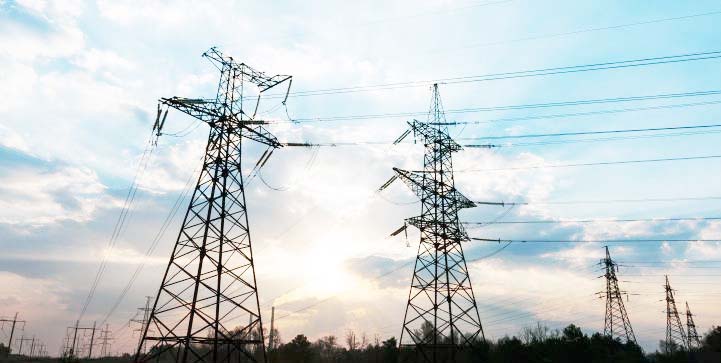 More grid collapses loom on account of the poor management of the country’s power sector, Daily Independent can report.

The recurring collapse is also a crisis foretold because of weak technical, financial capacity as well as lackluster performance of the regulators in the power industry, the paper also learned.

Nigeria, recently witnessed another grid loss for the eight times this year, which threw most parts of Nigeria into blackout.

The Ministry of Power attributed the black out to an act of vandalism on a transmission tower on the Odukpani Ikot Ekpene 330kV double circuit transmission line thus resulting in a sudden loss of about 400MW of generation.

This, consequently led to a cascade of plant shut down across the country, the Ministry said in a statement.

Although the Ministry claimed that power on the grid is being restored sequentially by the System Operator as other on-grid power plants are being dispatched to cover the lost generation capacity from the Calabar power plant owned by the Niger Power Holding Company Limited, analysts said the measure is ephemeral.

Analysts hinted there was pointer to the recurring cases of grid collapse which is expected to be witnessed before the end of 2022.

Prof.Yemi Oke an expert in electricity law in Africa, warned Nigerians to prepare for about 4-6 more of National grid collapses before the end of the year.

He told Daily Independent that Nigeria is parading a dilapidated national or federated grid in the 21st century.

He said: “Same prediction of 3-4 grid collapses within the 1st quarter of year 2022 was made by self on major TV stations last November 2021. We had precisely 4!

“Unless and until we act on those much advocated and widely written options, it would seem we’re not ready as a Nation as far as the power sector is concerned.

I’m not a prophet of doom, but sector realist and expert”

Dr.Muda Yussuf, Chief Executive Officer, CEO, Centre for the Promotion of Private Enterprise, told Daily Independent that the transmission hitch in the system makes it unavoidable for the grid collapses to continually reared its ugly head in the country’s power sector.

Chinedu Bosah,Coordinator, Coalition for Affordable and Regular Electricity, told Daily Independent that Nigeria would continue to experience system grid collapse as long as the power sector remains under the control of profiteers’ shylocks whose agenda is to supply very little electricity but get so much money in return.

He said privatization of the power sector has to be reversed, taken into public ownership and placed under the working class democratic control before the country will witness sustainable growth and development in the power sector.

He added: “Incessant grid collapse is now very prevalent. We have had at least 8 grid collapse this year and 3 in the last 3 weeks while the Buhari-led government and the power company owners are unable to resolve the problems bedevilling the power sector. This is a clear testimony of the failure of the privatization policy.

“The rapidity with which the grid collapses since the removal of the so-called subsidy shows more crises in the power sector corresponding to more profit for the greedy power companies and their collaborating political officeholders. We cannot rule out sabotage being responsible for the grid failure and widespread darkness considering the fact the power sector has unfortunately been configured to guarantee more profit amidst more darkness.

“It is unfortunate that nobody has been penalized due to these incessant grid collapses, nobody has been sacked and it is business as usual while the vast majority are condemned to darkness. Most people are subjected to outrageous ‘crazy’ billing because the power companies have failed to issue prepaid meters and to add insult to injury, electricity tariffs are unjustifiably increased twice a year”

A public affairs analyst said the primary problem of the sector is lack of capacity from Regulators, Minister, Minister of state, heads of parastatals like Nigeria Bulk Electricity Trading (NBET) Bureau of Public Enterprise( BPE),and Transmission Company of Nigeria (TCN) . .

He also lampooned the leadership of the Transmission Company of Nigeria for its failure to live up to its responsibility regarding revenue drive in the sector.

Isreal Abraham, the President of the Nigerian Institute of Power Engineers (NIPE), had last week gave recipe on how to stop incessant grid collapse and power hitches in the country.

He advocated the need to review, amend and harmonise the subsisting electricity legislations in Nigeria, drawing from lessons learned since the enactment of the legislations and the privatisation of the power sector for more effective power sector reforms.

“Gas Supply and Aggregation Agreements (GSAA) should be entered into between gas suppliers and generation companies (GenCos) to guarantee gas supply and payments.

“Power Purchase Agreements (PPA) should be entered into directly between DisCos, Transmission Company of Nigeria (TCN) and GenCos to guarantee power supply and payments.

Inter-Ministerial Energy Committee for the Ministry of Power, Ministry of Petroleum, Ministry of Environment, Ministry of Water Resources and Ministry of Science and Technology should be set up to ensure maximum benefit of synergy within the energy sector,” he said.

He added that there should be intense promotion of incentivised investments in the exploration, exploitation, production and supply of natural gas in Nigeria

He advised NERC to institute Energy Audit at all 33kv and 11kv among DisCos while the power sector is given a five-year foreign exchange concession to procure equipment and materials.

He urged that there should be simultaneously but deliberately tasking, through incentives, indigenous power engineering professionals and manufacturers/ investors to build capacity needed to produce all equipment and spares required to get the sector sustainable.

“Federal Government policy should drive the intensive industrialisation of the economy involving interconnected power pools and microgrids”, the institute, noted.

He advised that the Transmission Company of Nigeria (TCN) should be balkanised to make it more effective.

He added: “There is a need to break up TCN to allow independence of the Independent System Operator (ISO) and the Independent Market Operator (IMO) for more effective and efficient management of the Nigerian Electricity Supply Industry (NESI). The unbundling will thus require a massive funding mechanism by the Federal Government to support the TCN in bringing this about, and this should be considered a priority by the Federal Government.

“Nigerian Bulk Electricity Trading (NBET) should be phased out after satisfying the conditions precedent to bilateral contracts between willing buyers and willing sellers in the electricity market.”