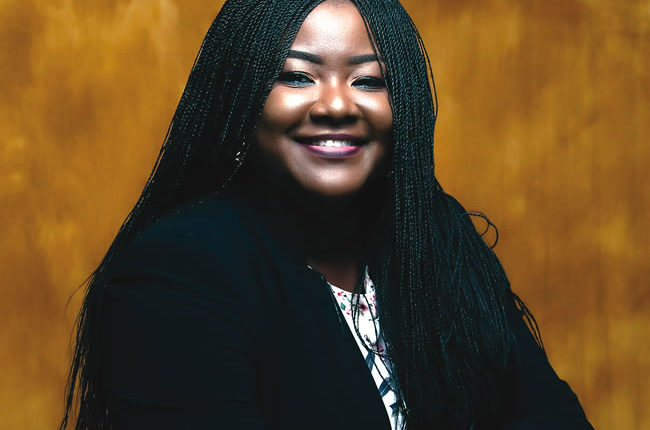 The recent crisis in the power sector has no doubt raised dust among key players in the electricity markets especially as it has to do with low generation occasioned by low water levels, gas constraints and the inoperative state of some key thermal plants. Dr Joy Ogaji, Executive Secretary, Association of Power Generation Companies (APGC) brings some of the issues to the front burner. ADETOLA BADEMOSI reports.

In terms of the current shortfall in the markets, I am afraid I cannot give you the figure which is unlike me; I would have been able to give you that figure. But you can see there has not been transparency in the market recently. With all due respect to the former MD of NBET. When she was the MD, every month, you can go on NBET’s website, or you can see what is our invoice versus what has been paid. Since she left we have not had access to that data. We have requested for it severally and it is not forthcoming. We have  put it in writing but it is still not forthcoming. So, I can’t tell you exactly what the shortfall is.

In terms of if there had been subsidy, I don’t know if the question is pre-privatisation or post-privatisation and I assume that your question is also linked to the recent statement made by the Minister of Finance that they have stopped subsidy.
I am afraid I cannot answer that question because when I read on paper I was also taken aback because to the best of my knowledge, I represent GenCos and as GenCos we have not been given any subsidy. And I say this because, as in the past, we’ve heard they brought N701 billion, N601 billion, N2.13billion. These are all monies geared towards paying our outstanding invoices. So you are owing me and you make money available to pay me part of my money,  I don’t know how you got it. All I know is that you’ve paid part of your debts. So whatever nomenclature the government decided to call it, subsidy, intervention, handout, what we know is part of our debts were paid through those facilities. They were no subsidies to us.

As you may know, in my former life, I was one of the advisors on the Presidential Task Force on Power and in designing the market. The market was designed such that we will never experience these low water challenges. And how was it designed? Now in every country in the hydros, there are low seasons and there are high seasons. But the market or the designers of the market manage it, arrange it such that the impact will not be felt by the market or the industry.

So, if there was such a framework, a well-structured framework, why didn’t it work now?

The problem is the management of the grid. The management of the grid is responsible for why we are facing what we are facing. And why is it so?  If you check the PPA, you know that the average PPA, that’s the power purchase agreement, allows the generation companies to have a start-stop when your machine will start and stop no more than 20 times in a year. Now, the current experience we are having in Nigeria is that the generation companies are made to start and stop over 365 times in a year. Do the calculations. So the up and down movement of the grid, some of the units sometimes they are asked to come for instance 6 am is the time every GenCo is set based on the day ahead declaration. Let me give you an example: Transcorp will call the system operator today and tell them please I am available for 500 megawatts. The system operator will come back to them and say sorry, I have checked what the DisCos require, you cannot do more than 400MWs. Now, Transcorp  would have mobilized gas because they will also have to call their gas suppliers, I need X molecule of gas that can generate 400 megawatts. So everything is set, the O and M, everything staff on duty is set. At 6 am, they load the machine and put in 400 megawatts and as they are just coming up, at 6:30 am, they receive a call on the phone: ‘come down the grid wants to collapse, please reduce it to 200MWs’. That is what we experience whether it is a higher load or a lower load.

How much in total is NBET owing the GenCos?

By GenCos contract, the outstandings fall in various categories. One, NBET is owing to us unpaid invoices for power generated and consumed from 2015 to date. And this falls in two tranches, from 2015 to 2016 December. There is a big chunk of money that was owed to us by December. Recall that in 2017, the federal government introduced the N701 billion, and that amount, GenCos were to be paid 80 per cent of their invoice. So, the N701 billion was used to cover 2017 and 2018 invoices but 80 per cent and what is covered is energy only.

Then N600 billion was issued to cover part of 2019 and May 2020. That one, they decided they will pay 100 per cent again for energy only. Now if you understand the difference between energy and available capacity as we go on, you will understand that when the GenCos came on board, their PPA was capacity and energy. NBET contacted all the GenCos capacity and the performance agreement says to ramp up capacity within five years. At the time of the takeover, for example,  Shiroro, which is NSP, was 450MWs and their full capacity, which they should ramp up to was 600MWs. Shiroro ramped up capacity to 600MWs within two years of taking over, but what they are being paid is what the system is able to take, not what they are making available.

Can you give precise figures for the total shortfall?

We are here because of the lack of transparency in the markets. So if I give you an exact figure, NBET can say no, this is not the figure. If NBET who is owing me knows that they are not owing to me, publish on your website that you’re not owing. He who asserts most proof! That’s what the lawyers say. Now, if you were listening to me, I told you from 2013 till date, power has been stranded now, let me start from 2015. We had 6,616 megawatts available, 3606MWs was taken and 3010mws was stranded. The capacity payment loss we suffered from there is N214.93 billion. For 2016, we made an average of 7040MWs. Out of the 7040MWs, only 3202MWs was utilised, stranded capacity amounted to 3828MWs as the equivalent capacity loss was N273.32 billion. In 2017, we made 6000.871MWs available. You remember around that period was when the Niger Delta boys tampered with the gas pipeline. That’s why power was reduced from 7000MWs to 6000MWs. Out of that, only 3599 was taken and 3312MWs was left stranded. That capacity payment loss came to N236.47 billion.

utilised was 4050MWs. The difference was 3742MW stranded. The capacity payments equivalent loss was N266.1 billion.

Remember that section 20 of the PPA allows the GenCos to be paid interest on unpaid invoices and the interest is NIBOR plus four. So for the outstanding amount, you calculate. Since 2013, in fact, since 2015 when NBET came till now, they have not paid interest to any GenCos. I don’t think they will argue on that. Now there are other supplementary charges — forex differential is another cost.

These are costs that are sitting on our books.

We are calling for the government to sit down with us and look at each of these line items and let NBET also bring their own documents. Let us do a reconciliation.

TCN was very good, like a good class monitor, they listed all the noisemakers in the class. What was responsible for them making the noise was not stated. One of them was inefficient management of the grid that has destroyed most of our units.

Recently, you must have heard Egbin lost how many units. It was this start-stop. I pity the NCC staff because they need to be empowered. When Marcel-Martin was in Nigeria they developed so many tools that both the  generation and distribution companies were able to use to manage the grid.

The grid was not as bad as this. Let’s look for Marcel, let him develop more tools to fix our grid. Let’s stop claiming that we know.  Let’s ask for help. Every day, they are calling gas suppliers begging them to give gas and they said money and where is the money? The market is owing you, they will tell you they don’t know when the payment will come.

How much can the GenCos, in terms of Megawatts, generate?

If the government can quickly provide us with the necessary FX to be able to maintain those plants that are down, giveus enough money to pay our gas suppliers and clear our outstanding debts, we are ready to generate up to  8,000mws to 9000 megawatts mechanically. Mechanically, if we fix those units we will put it optimally. That is if the distributions are willing to take it.