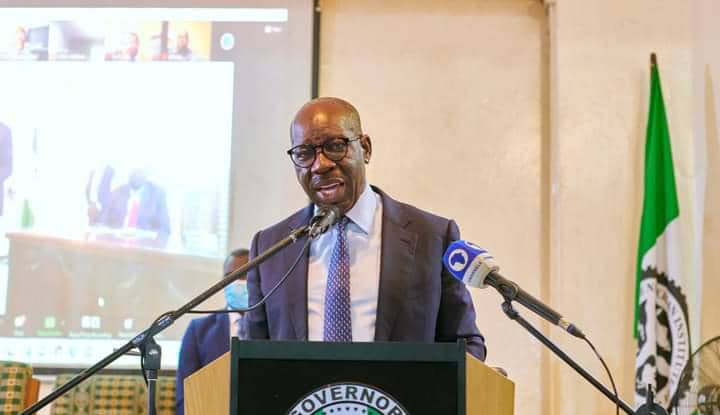 Godwin Obaseki, governor of Edo, says the federal government can learn from the state on how to fix the problem of power supply in the country.

Obaseki, whose comments come amid complaints of epileptic power supply across the country, said Edo has stable electricity in its public facilities.

“Edo presents a very striking example of how Nigeria can fix its intractable electricity problem, which has plagued the country since independence,” he said.

“With robust partnership with the private sector, the state government has succeeded in encouraging generation by attracting firms like Azura (450MW); Ossiomo Power (95MW) is now proceeding to create its own electricity markets to encourage investments in distribution of power within the state.

“Currently, there is stable electricity to power public institutions and infrastructure in metropolitan Benin city.”

Obaseki also said Nigerians can learn from the Edo 2020 governorship election on how to ensure credible polls.

“Edo state, with all its features, is very representative of the larger Nigerian nation. We have demonstrated in Edo state that the political firmament can be altered for the benefit of majority of its citizens,” he said.

“Edo state reversed the political norm in Nigeria. Voter consciousness and voter turnout reached an enviable level. Citizen participation (including Edos in the diaspora) in the elections shocked bookmakers. The issues for campaign were clear and reduced to few key overarching subjects affecting our people.

“The Independent National Electoral Commission (INEC) stood its ground and insisted on free and fair elections. Voter results were transmitted directly from the polling units to a central portal and the results matched those we were collating in our situation room. It is possible to scale this template to a national level.

“Insistence on good governance has helped us in building public trust with citizens. By rebuilding the culture of transparency and accountability, we have reduced the level of resistance to our reform agenda.”