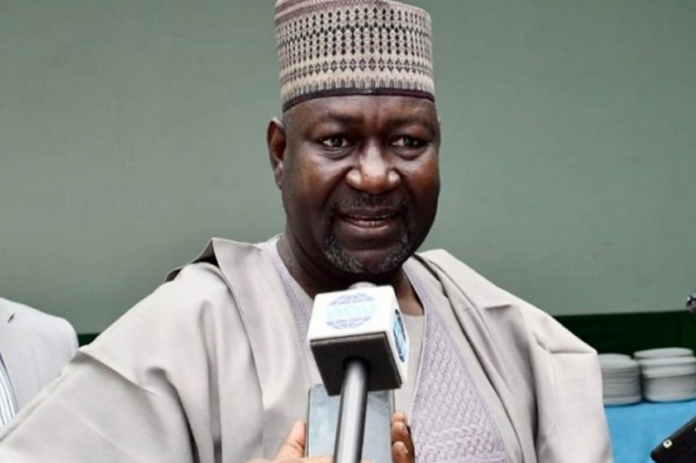 The federal government yesterday put the country’s total installed electricity capacity at 18, 000 megawatts while it generates 8,000 megawatts daily for consumers’ consumption.
This is just as it attributed the current erratic power supply across the country to the low water level in hydro dams in the country.

Minister of Power, Abubakar Aliyu, who spoke while featuring at a weekly news briefing organised by the Presidential Media Team at the State House, Abuja, declared that the Nigerian Electricity Supply Industry (NESI) had been delivering grid, captive, and embedded power to the tune of almost 8,000mw, as against the speculated 4,000mw.

He stressed that the nation has an installed capacity of almost 18,000mw saying “I’d like you also to take away that we deliver 8,000mw of electricity daily through a combination of Grid, Embedded and Industrial Captive supply of Electricity (not 4,000MW as is frequently reported), much of this capacity added during the life of this administration. These are not my figures; this was an industry study conducted by KPMG recently.”
Aliyu said much of the improvement to 8,000mw occurred under the Buhari’s administration, “through positive industrial policies driving captive industrial power investment and improved grid stability although we continue and must continue to work to improve the performance of the grid.”

The minister explained that these come from 28 grid power plants with installed capacity of 13,000mw and operational daily capacities of around 5,000mw, with the plants located at Egbin, Ughelli, Geregu, Kainji.
“We have 266 captive power plants (mainly industrial > 1MW) with installed capacities of 4,000mw and daily operational capacities of around 2,500mw. These include the Dangote Cement Capacities in Obajana Ibese (400MW), and NLNG’s Bonny Island Power Plant (240MW) amongst others.

“These are never captured in the statistics but are part of the NESI and form our industrial load for jobs. In the future many of these plants will integrate to the grid, in fact some of them supply power to communities they occupy.
“There are also 16 embedded power plants with 549mw of installed capacities and 190mw of daily operational capacity.
“From the KPMG rebasing analysis above it is clear that the NESI needs to make better utilisation of particularly the grid based power plants. The only way this can happen is through the improvement of the grid. The federal government has many key grid initiatives with more than N125.2 billion budgeted between 2015 to 2021 for TCN and development.”
He said the federal government had secured and was executing up to $4 billion in investments in grid to ensure improved power supply.

Aliyu, however, assured that the government was working on more gas supply contracts for the power sector.
The minister who blamed the erratic power supply currently being experienced in Abuja and some states on low water level in the hydro dams, said the government was doing everything possible to ensure optimum supply of gas to ensure quick restoration of power.

On the national metering programme, he said the metering gaps were being reduced with the roll out of one million meters in the first phase of the initiative while awaiting four million others under the second phase.
He, however, cautioned distribution companies (Discos) involved in selling metres to desist from such act, pointing out that meter procurement was free.

The minister while speaking on the metering policy of the government emphasises that, “meters are provided free”.
“We have said this times without numbers that these meters are free. They are instruments for generating money, how can we be selling meter,” he added.

On the Siemens Presidential Power Initiative (PPI), the minister noted that, “government will bring in an additional $2 billion or more to the Transmission Grid.”

“We are working tirelessly to ensure that all of these investments translate to incremental delivered power.

He listed other efforts to increase power supply to include Increase energy mix to improve energy security.

“We will complete the Zungeru Hydro plant, the Katsina Wind plant, Kashimbila Hydro as well as ensure the challenges with Gurara are permanently resolved (partnering with the Ministry of Water). We are also working to resolve issues that have prevented large On-grid Solar from taking off in Nigeria.

“We are re-tooling the System Operator for improved dispatch optimization based on technologies and improved maintenance schedule alignments across generators.

“We are on the path to resolving the financial challenges in the sector and we will continue to provide robust and clear regulation to keep participants such as DISCOs, GENCOs and even TCN in line to deliver for Nigerians.”