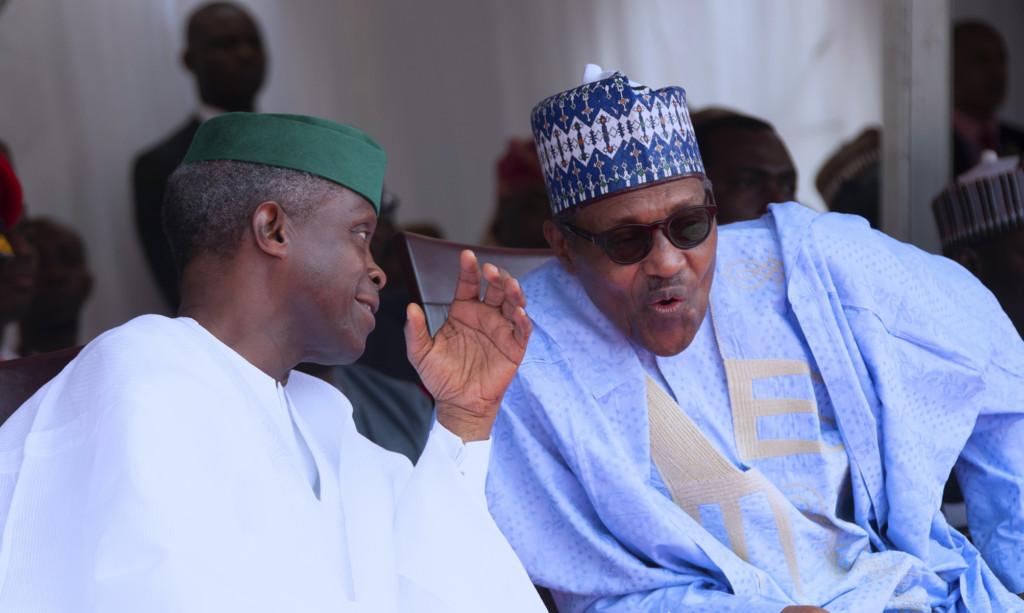 File: President Buhari and Prof. Osinbajo at the independence anniversary celebration in Abuja

Going by what’s in the 2022 budget, the seat of power will spend N402.2 million on maintenance of office equipment, furniture, buildings, vehicles, generators and others.

Also, President Muhammadu Buhari and Vice President Yemi Osinbajo are to spend N3. 087 billion on travels within and outside the country this year.

According to the details of the 2022 Federal Government budget, which was signed into law by the President on Friday last week, the President plans to spend N2. 309 billion on travels, while the vice President was allocated N778. 2 million for the same purpose.

The budget showed that the President would spend N1. 533 billion on his foreign travels and N775. 602 million locally.

Vice President Osinbajo is expected to spend N476 million on foreign travels and N301.964 million on his travels within the country.

Budgetary provisions for the president and his vice, captured above do not include the travels budget of N162. 253 million made for the State House Headquarters, which includes other workers in the seat of power.

It also showed that the President would spend N301 million on foods and catering, while his Honorarium and Sitting Allowance was allocated N174. 176 million.

His cost of utilities for the year was pegged at N503 million, covering electricity charges, telephone, internet access, water rates and sewage charges.

According to the breakdown, office stationeries/computer consumables as well as books, newspapers, magazines, printing of documents, drugs and medical supplies would cost N470.4 million.

N168.2 million has been provided for his office stationeries/computer consumables, books, newspapers, magazines, printing of documents, drugs and medical supplies.

The Vice President was allocated N156.662  million for food stuff and catering services, as well as, N20.26 million for meals and refreshments for his functions.

The ongoing construction of the Presidential Wing of the State House Medical Centre was allocated N21.974 billion, while the centre itself was allocated a separate N687 million

Some high allocations made for organizations under the Presidency in the budget included N54. 050 billion for National Agency for Science and Engineering Infrastructure (NASENI), the Economic and Financial Crimes Commission (EFCC) which was allocated N31.350 billion, which the National Agricultural Land development Agency (NALDA) which got N 8.960 billion.

Meanwhile, the executive arm of government has earmarked a whooping sum of N1.090 trillion as Servicewide Vote, as contained in the details of the 2022 budget.