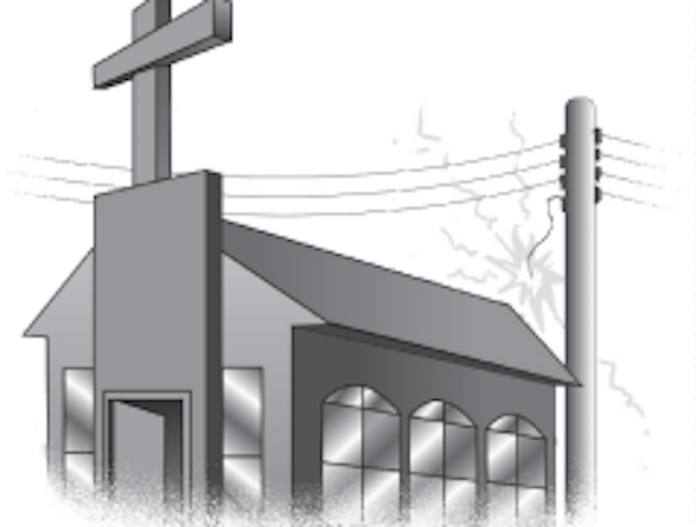 The electrocution of four worshippers last Sunday in Lagos after an electric cable fell on a Church has become a familiar but rather disturbing tragedy in our country. The victims were reportedly trying to fix the church’s flag to a pole when they met their death. This avoidable incident has also highlighted the risk of illegal connections by electricity consumers. Besides, buildings under high tension cable lines expose many to endless risks.

While the Lagos incident may be a case of carelessness, we also must not ignore the fact that there is hardly a day without a case of electrocution in Nigeria. In several places across the country, there are many old and broken-down wooden and concrete electricity poles, some with naked wires dangling overhead. It only takes a serious rainfall or heavy wind to blow off some of the poles. In such a situation, inhabitants of the affected areas or even passersby live in constant fear of instant death.

Indeed, the electrocution in Lagos is a sad reminder of the many similar tragedies that have occurred in the country. In 2017, at least 20 persons died on the spot in Calabar, Cross River State, when a high voltage electric wire from a nearby transformer fell on a local football viewing centre built with zinc roofing sheets. At least 50 other persons were injured in the tragedy.

In 1996, the Power Holding Company of Nigeria (PHCN) drew a guideline on the distance between buildings and high-tension setbacks in the country. The guideline stipulated a minimum horizontal distance of 4.5 metres between a building and 11kv cable and a minimum of horizontal distance of 7.5 metres, 30 metres, and 60 metres for a building between 33kv cable, 132 kv and 330kv, respectively. Regrettably, those safety regulations on the construction of houses on high tension lines right of way are breached with impunity. In fact, encroachment of the electricity cable lines right of way has become the order of the day, driven by pressure from demand for urban spaces without considering the risk factors.

Sadly, these nefarious acts seem to enjoy official imprimatur in the Lagos-Ogun State axis where a strip that traverses 134.01 hectares and known as Power Line is directly situated under 330KVA transmission lines without considering the human catastrophe waiting to happen in the event any of the electricity cables snapping. It is a disservice for any government official to give approval for the construction of houses under transmission lines. Similarly, under no circumstances should other activities as agriculture or commercial transactions be allowed under these lines.

Beyond the risk of electrocution, people living around power lines are reportedly prone to possible negative health effects of electromagnetic fields emitted by high-tension power lines which could be life-threatening. We urge electricity board workers to educate and implement proper educational programmes regarding the use of safety appliances and insulators as most of the deaths from electrocution are fatalities that can be prevented.

While we condole with the families of the four electrocuted Church members, we implore the management of the power sector to come up with stringent policies to deal with the problem of electrocution and prevent thousands of Nigerians from untimely and cheap deaths.