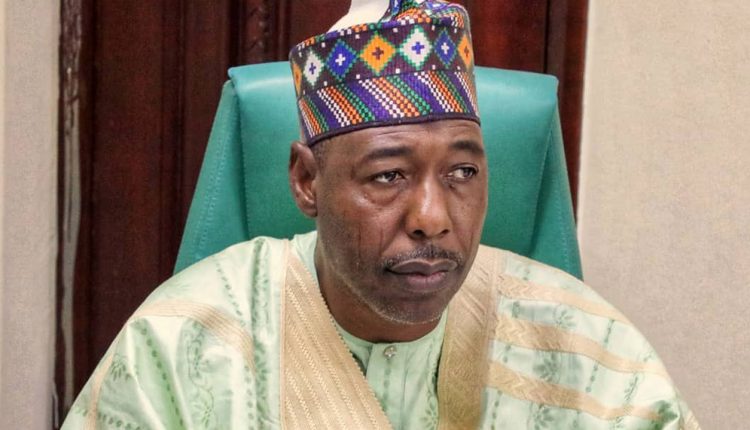 About N1.17 billion revenue was lost from January to September 2021 as a result of the vandalization of the power line linking Maiduguri, the Borno State capital, with national grid،following the destruction of the tower by the Boko Haram insurgents.

Also, N55 million was lost as a result destruction of Mauduguri-Damboa power line in 2018.

Speaking at a Town Hall Meeting to address vandalization of power and communication infrastructure convened by the Federal Ministry of Information held at the Multipurpose Hall of Government House, Maiduguri on Thursday, the Minister of Power, Engr Abubakar Aliyu, said in addition to the loss of revenue, an N880 million was also expended on the reconstruction of power tower destroyed by the insurgency.

The Minister who was represented by the Managing Director of the Transmission Company of Nigeria (TCN), Engr Sule Abdulaziz said * the Town Hall Meeting is apt, as information is power, the more people are aware and sensitize on the need to protect critical public infrastructures, they will be in a better position to protect the infrastructures.”

Also speaking, the Borno State Governor, Prof Babagana Zulum, said: “There is no.way you can provide 24 hours protection to all power lines in the state or the country, hence the need to deploy technology in safeguarding the power lines”.

“The Town Hall meeting to address the scourge of power and communication infrastructure is vital for any development. and choice of Borno for the Town Hall would have not come better than now because Maiduguri has been in darkness for 9 months now which has subjected residents to untold hardship.. I  call on the federal ministry of power to.look at the possibility of establishing 100 megawatt Solar power station in Maiduguri”, the Governor added.

“Sometimes in.January this year, the insurgents planted explosive devices detonating them, resulting into the vandalization of some power lines supplying electricity to the town along Auno axis,  which culminated into total darkness, thereby depriving many people of their source of livelihood”, Zulum lamented.

He commended President Buhari for approving the construction of Gas power plant in Maiduguri and assured that the state government would do everything possible to support Federal Government in actualizing the project.

In his opening remarks, the Minister of Information, Alh LaI Mohammed, said the Town Hall meeting was third in the series, stressing that the first was held in Abuja, on.vandalization of railway infrastructure and second was on the destruction of gas pipeline.

“It cost Federal government N3.4 billion to reconstruct destroyed bridge damaged by vandals, the money which will have gone into other infrastructural development”, the Minister said.

He called on Nigerians to take ownership of power and communication infrastructure in their communities by protecting them and assured that the recommendations of the Town Hall meeting will be forwarded to the Federal Executive Council for consideration.

In his remarks, the Shehu of Borno, Alhaji Abubakar Ibn Garbai Elkenemi, called on security agencies to fish out collaborators of vandals and make them face the full wrath of the law.

For a better society