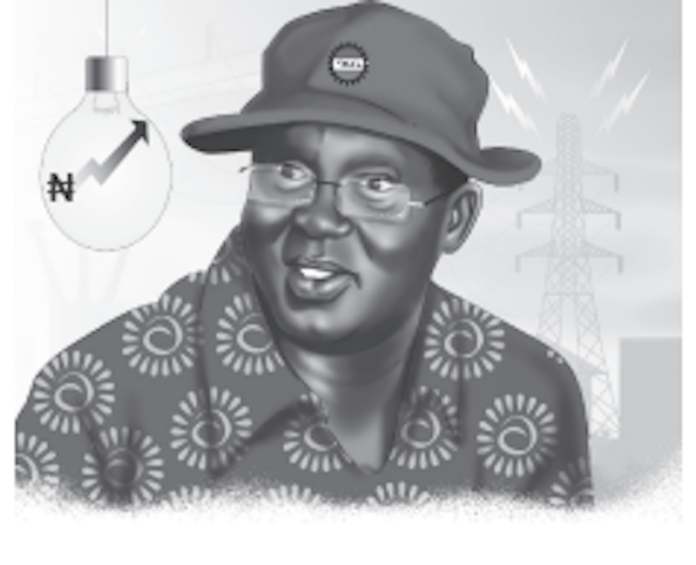 Tariffs should be dictated by efficiency of services

The Nigeria Labour Congress (NLC) last week expressed outrage at the hint of a hike in electricity tariffs with effect from this month. The NLC President, Ayuba Wabba vowed to call out workers on industrial action. “We find it prudent to put you on notice that should government make true the swirling speculation by approving an increase in electricity tariff organised labour would be left with no option than to deploy the industrial mechanisms granted in our laws for the defence of workers’ rights.”

The frustrations of the labour union are understandable. When in November 2013 the electricity distribution and power generation companies were handed over to some private operators at an elaborate ceremony, the hope was that daily blackouts and power outages would be reduced to the barest minimum, until they were gradually eased out. But it is now apparent that those hopes were largely misplaced. Today, consumers are paying more and getting less electricity supply. Energy costs perhaps account for the highest spending in many homes and businesses as Nigerians are largely dependent on generators as alternative source of energy.

That perhaps explains why the clamour by the electricity distribution companies (Discos) for a raise in tariff is being met with resistance. Last week, for instance, residents of Graceland Estate, Oba Ile, Akure North local council area of Ondo State trooped out to protest poor power supply and “crazy estimated billing” by the Benin Electricity Distribution Company. “We are here to tell BEDC that their illegality must stop,” said the chairman of the Estate landlord’s association, Popoola Martins. “We are responsible for buying poles, cables, conductors and even transformers. Their only input is to collect money.”

But the Discos have also insisted that the tariffs paid by customers are not cost-reflective. Indeed, the power sector has reportedly failed to attract the necessary investments due to the uncertainty in cost recovery of electricity prices in addition to poor guarantee in payment across the value chain of generation, transmission, and distribution. Many government departments are also owing the Discos to the tune of billions of naira.

It is not clear if the provisions of the law are taken into consideration in the current contemplation to review the prices. But given the worsening services being provided by the Gencos and the Discos, raising the tariff will be an uphill task after the last raise in January. One of the major grouses of those opposed to the tariff structure is that Nigerians are being billed for what they do not consume. According to reports, about six million power users are still paying for electricity through estimated bills.

While about 50 per cent of electricity consumers are billed exorbitantly and arbitrarily since they are not metered, there is no assurance that a new hike in tariff will translate to improved services. Even though the country has the power to generate about about 8,000 megawatts of electricity, much of it cannot be evacuated because of decayed infrastructure. This year alone, the electricity grid has collapsed four times, sending the nation into darkness.

That perhaps explains why Nigeria has one of the harshest environments for doing business. China, for instance, spends less than 10 per cent of its production cost on electricity. In Nigeria, it is more than 40 per cent, as individuals and businesses have had to resort to self-help through an assortment of generators. Yet, as we have noted on this page, we must reiterate that price hike alone will not reform the sector. We need a robust and efficiently managed grid, appropriate incentives to attract necessary investment, and smart regulation. Above all, the very source of the huge distortion in the sector must be attacked by metering all consumers.