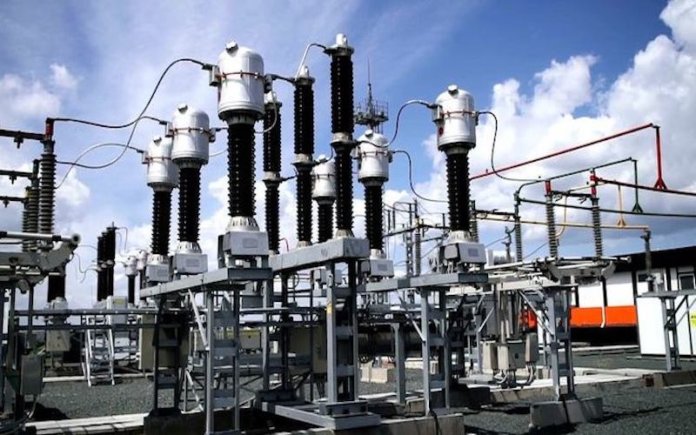 For decades, the Nigerian power sector has faced several challenges. While several players in the industry may have done their bits to ensure that at least Nigerians have access to a supply threshold that meets their basic daily energy needs, the part played by the Central Bank of Nigeria appears to always take the back burner. Emmanuel Addeh highlights the role played by the apex bank in improving power supply in the country

Last month, the Minister of State, Power, Mr. Goddy Jedy-Agba, said over 90 million persons were still without electricity in the country, making Nigeria one the most deficient nations in the world in terms of access to basic energy needs.

According to him, Nigeria’s huge figures in energy poverty remain a major challenge that must be resolved, noting that about 2.6 billion people still lack access to clean cooking solutions worldwide.

It didn’t come as a surprise to the teeming population of the country who feel the pinch and who know that energy access underpins economic development and ultimately reflects on every other sector, whether health, education or businesses.

Nigeria’s power supply malaise has in many ways hampered improvement in the standard of living, raising poverty level and causing general frustration, despite it’s ‘privatisation’ for roughly eight years.

There have, however, been continued collaborations by the federal government, especially through the Central Bank of Nigeria (CBN) and other stakeholders in the power sector, in a bid to improve the sector optimise its capacity.

Liquidity remains a critical issue in the distribution sector and Distribution Companies (Discos) continue to struggle to pay for the power received from the power generation companies (Gencos). While the central bank is not the industry regulator, it has, however, been in at the forefront of solving the liquidity crisis which has bedeviled the sector.

To sort this out, in 2020, NERC had set a minimum market remittance threshold payable by the DisCos across the country and mandated the them to make remittances to the Transmission Company of Nigeria’s (TCN) Market Operator in line with the threshold, repay loans to CBN and remit some percentage to Nigerian Bulk Electricity Trading Company (NBET) monthly.

In addition, CBN directed money deposit banks to take charge of the collection of electricity bill payments. This was in a bid to ensure that payments were made into a dedicated account and disbursed depending on priority, beginning with loan repayment and service charge to TCN.

Added to that, it was also expected to lead to cash flow management discipline in the beleaguered industry as the insufficient capital investment in the distribution sector makes it difficult for the sector to cope with generation and transmission capacity.

Although, there has been some improvement with power generation reaching a new peak in February, but current levels of supply and the overall production capacity of less than 6,427MW remain grossly inadequate.

Shortage of gas supply for thermal plants, high levels of unpaid electricity bills and the country’s outdated and poorly maintained transmission network, which the government still owns, have become major issues in the sector.

As it is today, the transmission network cannot handle a certain amount of load at certain peak electricity production points as ageing facilities requiring substantial amounts of investments to upgrade and expand. So, it has become a problem of which one comes first, the chicken or the egg, as it were. This is because private investors are reluctant to put money into infrastructure projects if they believe that there is little or no prospect of achieving profitable returns on their investment.

The Generation Companies (Gencos), in the last couple of years, have tried to increase generation over the past years, but of lack of infrastructure to evacuate all the available capacity due to system constraints, leading to rejection of load and by extension idle capacity.

As a summation of the impact of all the problems, the International Energy Agency (IEA), estimates that about 77 million Nigerians do not have access to electricity while about 22 million generators continue to serve as alternative power to households and small businesses which have to source for their own electricity.

Little steps are also being taken to tackle the issue of lack of cost reflective tariffs, huge amount of aggregate technical commercial and collection (ATC&C) losses, gas supply credit worthiness of the major players in the industry and general value chain misalignment.

However, despite these efforts, the Nigeria Electricity System Operator (NESO) earlier in the month, revealed that Nigeria’s power sector was only able to generate about 15.6 per cent of the total projected national daily requirement of 28.880 megawatts.

NESO, a semi-autonomous arm under the Transmission Company of Nigeria (TCN) is responsible for operating the transmission system in a safe and reliable manner.

The data released by NESO showed that the country needs approximately 28.880MW, but is barely able to push 5,000MW for use by homes and business concerns in the country.

The World Bank recently projected that the federal government could be paying as much as N3.4 trillion by 2023 if the current shortfall persisted.

According to the Washington-based institution, only 22 per cent of the poorest households has access to electricity, with Nigeria now having the largest number of ‘unelectrified’ people globally after overtaking the Democratic Republic of Congo (DRC).

Nigeria currently has a rough energy mix, which is dominated by thermal, mostly gas-to-power of 75 per cent and hydro (water) of about 25 per cent power generating sources, although there have been recent noticeable attempts to rev up solar power use in far-flung rural areas by the Rural Electrification Agency (REA).

There have been many efforts to activate and incentivise off-grid electricity supply and take the pressure off the weak national grid, which is constantly under the weight of collapse.

To support this, the Solar Power Naija, was floated to enable 5 million new connections and support the economic recovery in response to the COVID-19 pandemic in communities that are not grid-connected.

Expected to generate an additional N7 billion increase in tax revenues per annum and $10 million in annual import substitution, the solar connection intervention facility will provide affordable electricity to underserved rural communities through the provision of long term low interest credit facilities to the Nigeria Electrification Project (NEP) pre-qualified home solar value chain players. These players include manufacturers and assemblers of solar components and off-grid energy retailers in the country and will expand energy access to 25 million individuals (5 million new connections) through the provision of solar home systems (SHS) or connection to a mini grid.

In addition, it will increase local content in the off-grid solar value chain and facilitate the growth of the local manufacturing industry and incentivise the creation of 250,000 new jobs in the energy sector.

The N140 billion scheme to be funded by the apex bank, will further address one of the main challenges to energy, which is access to finance, under which developers can access funds as low as 5 per cent interest rate.

“The Solar Power Naija will address the issue of access to financing through the Central Bank of Nigeria (CBN) for pre-qualified private companies,” Managing Director of the implementing agency, the Rural Electrification Agency (REA), Ahmad Salihijo, recently noted.

He added: “This is a testament to our dedication and commitment to scaling the off-grid solar market through provision of long term low interest credit facilities to the Nigeria Electrification Project (NEP) pre-qualified home solar value chain players that include manufacturers and assemblers of solar components and off-grid energy developers and retailers in the country,” he said.

In the upstream, the CBN will fund 70 per cent of the manufacturing and assembly proposals, with repayment of 10 years, while the downstream comprising mini grid developers can get N500 million payable in three years.

Phase 1 which is ongoing is expected to be completed within 12 months, coming with 750,000 connections will create 37,500 jobs in the first instance, with companies involved in the assembly/manufacturing of components of off-grid solar solutions to be 70 per cent Nigeria-owned.

In phase 2, starting from June 2021 to May 2022, the REA will improve on the programme, using the experience in phase 1 by reviewing the scheme. It will also expand the beneficiary pool with the connections, reaching 1.5 million and creating up to 75,000 jobs.

The phase 3 will have 2.75 million solar connections and over 137 million jobs created. This period will be between June 2022 and May 2023 when the REA is expected to have mastered the scheme by using experiences from phases 1 and 2, while expanding the scheme’s beneficiary pool.

In the last seven years, the CBN was estimated to have pumped over N1.5 trillion into the power sector, in over 23 instances through the Power and Aviation Intervention Fund (PAIF) worth roughly N300 billion, through the Nigerian Electricity Market Stabilisation Facility (NEMSF), valued at N213 billion and the N140 billion Solar Connection Intervention Facility (SCIF).

Added to that, the apex bank has spent over N600 billion to augment tariff shortfall, plus a recent N120 billion intervention designed for mass metering, which is currently being deployed in the country.

With the various power supply financing plans, there is the belief that in the months ahead, liquidity and funding challenges facing the sector would be greatly reduced.

Some Nigerians have questioned why the CBN would intervene despite the privatisation of the power sector and the creation of successor generation and distribution companies in the value chain. Although, not Father Christmas, the other argument, is that the sector has continued to significantly underperform with very little progress made and therefore needs the apex bank’s to step in at the strategic level at intervals to prevent a total collapse.

With the recent mass metering of electricity consumers across the country, the bank aims to keep the industry in tune with market realities and drive efficiency.

However, the caveat is that whatever the initiatives are should be short term because, according to them it’s not sustainable in the long term.

“In our opinion, we consider the government’s financial support for the sector laudable, however, we are concerned about the sustainability of such support amidst the government’s weak revenue position.

“Available data from the Association of Nigerian Electricity Distributors (ANED), umbrella body of the Discos shows an improvement in revenue collection by the Discos as they reached a new record of N483 billion as of Q3 2020, representing a 3.6 per cent y-o-y increase.

“Nevertheless, without cost-reflective tariffs, no meaningful progress in the power value chain can be achieved. As such, for the sector to receive a new lease of life, consumers will at some point have to come to terms with an increase in tariffs,” the market intelligence group stressed.

Furthermore, with the phase 0 of the CBN-assisted metering programme now winding down, and phase 1 taking off soon, the system of estimated billing by the Discos will soon become history, a development that will indeed be revolutionary for the power sector.