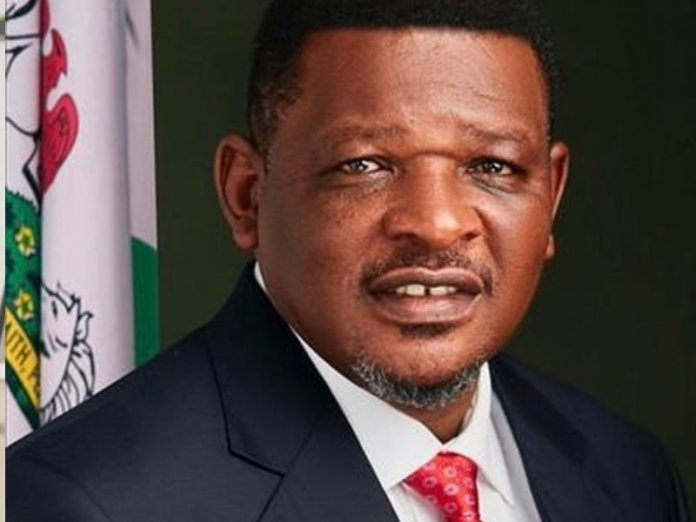 Amidst growing security challenges facing the country, the federal government has assured the military that it would double its efforts to ensure a stable and sustainable electricity supply across military barracks and formations in the country.

Minister of State, Power, Goddy Jedy-Agba, gave the assurances yesterday during a visit to the Army Headquarters Garrison in Mogadishu Cantonment, Abuja.

Jedy-Agba who said electricity has a key role to play in the fight against insecurity noted that as the government was working to improve the general welfare of men and officers of the military and other security agencies, special attention would be given to the electricity challenges in barracks.

He said that “I’m happy to be here because from the introduction, I have heard names that reflect our cultural and ethnic diversity; every part of this country is represented here, so we can talk to ourselves as Nigerians.

“My visit is at the instant of the Commander. I was here before to see for myself, the electricity challenges in this barracks. When I came, I identified some issues like the high electricity rate even when the power supply was a major challenge. To solve that problem, we dropped the barracks from grade “A” where the electricity rate is high to the level you are now where you can guarantee at least, a minimum of four hours of electricity a day at a low cost.

“I understand that just four hours is not enough but coming from where we were, you can agree with me that this is an improvement. Also, note that that’s the minimum per day but we are working to ensure it’s improved to about 18-24 hours per day. We can’t underestimate the importance of electricity in the fight against the criminal elements trying to destabilise our country. So, as a government, we are working to double our efforts to ensure better electricity supply in the barracks and other security formations.”

The minister added that “the world is moving away from thermal and carbon emissions and Nigeria don’t want to be left behind. This is why President Muhammadu Buhari’s administration is investing heavily in renewable energy. And we are working on deploying renewable energy solutions to our military barracks to address personnel electricity needs.”

Explaining the challenges facing the power sector, the minister noted that “power infrastructure has decayed so much in Nigeria that it’s today affecting generation and distribution. This is the area we’re tackling because no matter the investment in the sector if there are no viable infrastructures, no reasonable improvement can be achieved.”

On the efforts of the government to tackle the issue of estimated billing, he said that “the President has given us marching orders to meter six million homes before the end of the year. We have started and it’s ongoing. Part of the programme is to also encourage and support investors to open metre production factories in the country to reduce our over reliance on imported ones. This too, I can tell you, we’re making progress and hoping that in the next phase of the programme which will commence next year, we will begin to deploy Made-in-Nigeria metres.”

Responding, the Garrison Commander, Major General Sanusi Dahiru, applauded the minister and the government for promptly addressing the electricity challenges in the barracks.

Dahiru said that “when I first arrived here, the two issues that struck my mind first were water and electricity. For water, we were able to handle it almost immediately but electricity took a long time. When I finally got across to the honourable minister who has become much more of a brother than a friend, he quickly responded. He has given us unlimited access to him and I’m very grateful that the electricity issue is now better than when we came.”

He added that “during our discussion in the office, he promised to prioritise improving power supply in our barracks. For us, once we’re able to resolve the billing issue which he is working on, things will improve again. We appeal to him not to be tired of us because we are going to come to him again to ask for more.”