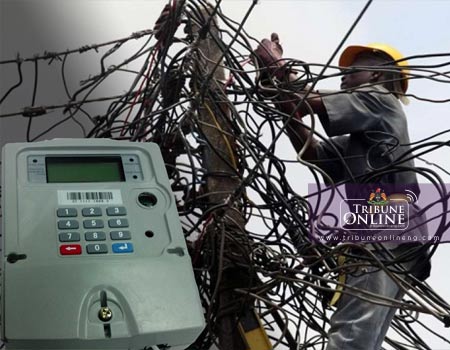 Electricity consumers in Delta State can now heave a sigh of relief as the bill to unbundle the monopoly currently being enjoyed by the Benin Electricity Distribution Company (BEDC) in the state will soon be before the state house of assembly.

The bills coming through Public-Private-Partnership (PPP) arrangement is hopefully expected to change abuses by the distribution company.

The chairman of the state’s House of Assembly Committee on Public Accounts, Local Government and Chieftaincy Affairs, Hon Anthony Elekeokwuri, representing Ika North East constituency, said the monopoly had led to loss of man-power, bankruptcy in businesses and preventing local and foreign investors from engaging the state in genuine businesses.

The lawmaker said, “we will generate and regulate our own power when private investors come into the state. Until we say no to electricity monopoly by distribution companies, we will not get it right as a state. The bill when passed and signed into law by Governor Ifeanyi Okowa would unbundle the monopoly being currently imposed on electricity consumers in the state who are paying exorbitantly for what they did not consume.”

He was speaking when members of the Asaba Correspondents’ Chapel of NUJ, visited him in Asaba.

According to him, crazy billings as a result of estimated bills, total blackout and incessant power outage would be a thing of the past when other private investors would start to engage the electricity company in healthy competition.

He said besides that the committee has helped the state government in blocking all areas of wastage and financial leakages by enshrining accountability, transparency and probity in the governance of the state.

He said the investment would boost the Internally Generated Revenue (IGR) of the state, create employment opportunities and bring succour to residents of the state.
In spite of the huge investment in the water sector by the government and international organisations, water scarcity has grown to become a perennial nightmare for residents of Abeokuta, the Ogun State capital. This report x-rays the lives and experiences of residents in getting clean, potable and affordable water amidst the surge of COVID-19 cases in the state…Delta set to unbundle  Delta set to unbundle
The Lagos-Ibadan railway was inaugurated recently for a full paid operation by the Nigerian Railway Corporation after about a year of free test-run. Our reporter joined the train to and fro Lagos from Ibadan and tells his experience in this report…Delta set to unbundle  Delta set to unbundle
SOURCE:TRIBUNE