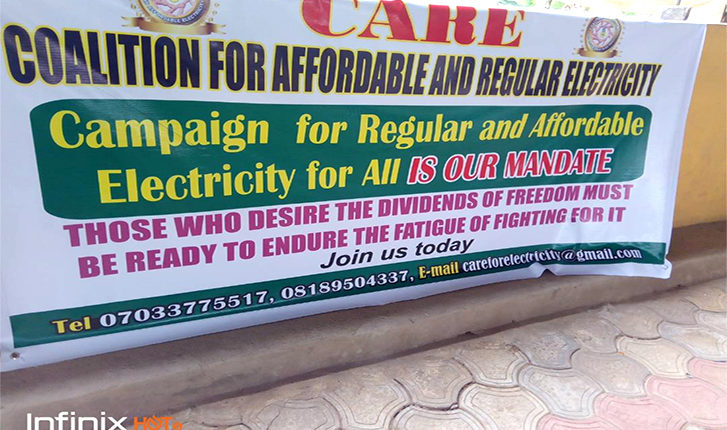 LAGOS  – The Coalition for Affordable and Regular Electricity (CARE), has urged electricity distribution companies in the country to pay compensation to all consumers that have been underserved since the privatisation of the electricity sector.

The group also implored the electricity service companies to consider compensation for all customers who have been overbilled and shortchanged.

Convener and co-conveners of CARE, Comrades Shadrach Akinbodunshe and Ayodeji Adigun, who gave the advice at a press conference in Ibadan, decried the impunity by electricity distribution companies in the country and especially the IBEDC , adding that Nigerians were tired of paying for darkness.

The group advocated the need for the cancellation of all debts accumulated through previous fraudulent billings as well as massive public investment in the power sector to guarantee uninterrupted power supply to all Nigerians including those that are yet to be connected to the national grid.

It demanded the immediate release of all consumers being held in police stations and correctional centres just as it asked employers to pay a living wage to electricity workers and workers in general.

They called attention to the need to provide life insurance policies for staff of electricity distribution companies who are regularly exposed to technical danger and mass anger in the course of their duties.

“We demand the immediate release of all consumers being held in police stations and correctional centres or being prosecuted on cases of avoidable clashes with DISCOs. Peaceful negotiation and resolution should be the way out.

“We demand life insurance policies for TCN, GENCO and DISCOs’ workers that are regularly exposed to technical danger and mass anger in the course of performing their dangerous duty”