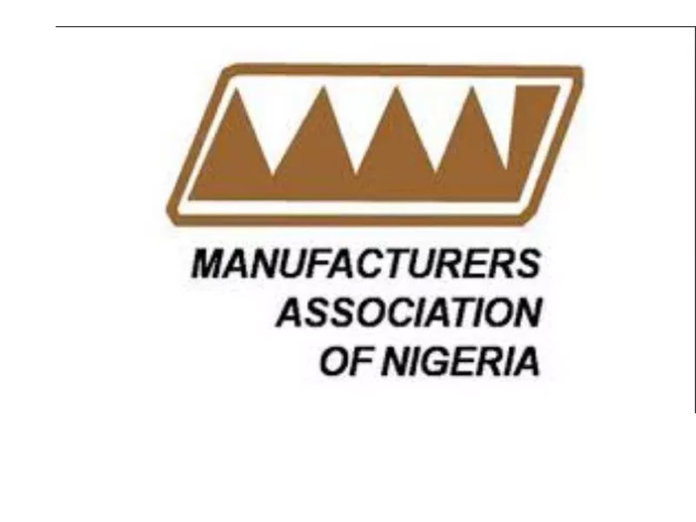 Despite the Ease of Doing Business (EODB) mandate of the federal government, the Manufacturers Association of Nigeria (MAN) has stated that the operating environment for the business community is still ranked poor.

Indeed, the association stated that factors for the poor ranking include high interest rates, multiple taxation, overbearing bureaucracy, policy somersaults, social unrests and the likes.
As a result, the manufacturers said the sector contributes less than 10 per cent to the nation’s gross domestic products (GDP).

The Chairman, MAN Apapa Branch, Mr Frank Ike Onyebu, said it is a sad fact that many manufacturing companies are folding up while several are relocating to other countries, calling on the federal government to develop and implement deliberate policies to improve the ease of doing business in the country.

Onyebu stated this at the association’s 50th annual general meeting (AGM) held in Lagos.
He pointed out that the poor state if infrastructure in Nigeria is the single most devastating challenge of the sector, adding that dilapidated road networks, unstable electricity supply, decrepit port infrastructure have contributed immensely to the high cost of production which has made Nigerian manufactured products mostly un-competitive.

He stated that the contraction in the activities of the sector as a whole is attributable to myriads of factor including infrastructural deficiency, insecurity, global and domestic supply chain disruptions, foreign exchange liquidity, weak consumer spending and high operating costs.
He added that subdued operations caused by the lock down and other containment measures to combat the pandemic also affected manufacturing activities.

He noted that in the year under review, the Branch continued with its various advocacy and partnership programmes, which were meant to elicit a better industrial environment.
“To this end, the Branch submitted a position paper to the State Governor on the need to reduce the high water abstraction levy and surcharge on water consumption imposed on manufacturers,” he said.

According to him, advocacy is ongoing with the state governments on the indiscriminate imposition of effluent discharge tariff on members, adding that rates are also being negotiated.

He said global growth is expected to accelerate to 5.6 per cent this year, largely on the strength in major economies such as United States and China as growth for almost every region of the world has been revised upward for 2021 while many continue to grapple with Covid 19.

He said despite the year’s pick up, the level of global GDP in 2021 is expected to be 3.2 per cent below pre-pandemic projections and per capita GDP among many emerging market and developing economies is anticipated to remain below pre-Covid 19 peaks for an extended period.

He said the theme of the 50th annual general meeting tagged, “Current economic challenges: Way forward for Nigerian manufacturers,” would address the challenges encountered by it members as well proffer solutions, stressing that the manufacturing sector and indeed other sectors of the Nigerian economy have not fared well in recent times.

Stating the reasons for the poor performance, he said is due to infrastructural deficiency, insecurity, Covid-19 pandemic, forex scarcity, deficit of quality personnel poor operating environment.

He expressed concerns on the deficit of quality technical personnel, saying that the standard of education in Nigeria has been declining over the years as it has had a major impact on the quality of technical staff available for employment in the manufacturing sector.

On his part, the president, MAN, Mansur Ahmed said the sector contributing less than 10 per cent to the GDP is indeed most undesirable considering the fact that the manufacturing sector is undoubtedly the bed rock of any thriving economy and the major provider of employment and economic growth opportunity.

He appealed to the Lagos State Government to step-up the level of support for manufacturers by deliberately enhancing the operating environment for existing and prospective industries to thrive, noting that this would enable the sector to make greater contribution to the State’s economy in particular and the Nigerian economy at large.

In his words, “Job creation is a key part of the main thrust of both the federal and state governments’ economic agenda. There is no doubt that the manufacturing sector is the highest contributor to job and wealth creation, skill development and technology acquisition. There is therefore an urgent need for the State Government to establish a more effective and efficient consultative mechanism with MAN to guarantee the survival and expansion of manufacturing operations in the State. I am aware that most of them are struggling under the weight of infrastructural deficit, multiple taxation, power supply, activities of overzealous government officials, unauthorized demands by area boys amongst other challenges.”

The Governor, Lagos State, Babajide Sanwo-Olu, represented by Director of Industry, Lagos State Government, Olalekan Ogunbowale, assured MAN of the State’s commitment to support the real sector of the economy.

“We are not resting on our efforts to put infrastructure in place for industries to grow. We believe in this sector because it creates job opportunities and wealth for the State and the country at large,” he said.

He added that a corporate assembly by the Governor, Lagos State is being planned to give manufacturers in the country the opportunity to express their views on the way forward for the sector

In a depressed market where disposable incomes of consumers are dwindling, manufacturers have been charged to target the over 50 million consumers with purchasing power.

The Senior Partner, Delloite Nigeria, Mr. Bernard Orji, stated that bulk of the Nigerian populace live under poverty line as they could barely afford to meet their needs.
Orji stated this at the 50th yearly meeting of the MAN, Apapa Branch in Lagos.

According to him, manufacturers must study the market by focusing on the needs of consumers with quality and affordable products to remain competitive.

“We are currently operating a harsh terrain with unstable power supply, poor accessible road networks, multiple taxation, and lack of access to funds financial institutions as the cost of production is enough to dampen the hopes of manufacturers as the poverty level has never moved. Manufacturers must focus on the needs and not wants of consumers because of their low purchasing power,” he added.

He however urged manufacturers to be resilient to meet their forex needs, warning that the challenge of sourcing for foreign exchange would linger on as the federal government is yet to address the scarcity of foreign exchange.