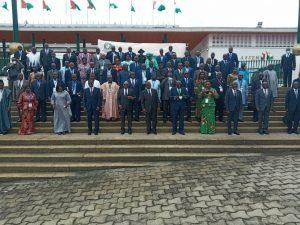 Members of the ECOWAS Parliament on Tuesday converged in Abidjan, Cote d’Ivoire, to deliberate on tackling the electricity challenge in Member Countries, which has stalled the development of the region.

Covering the event virtually, the News Agency of Nigeria (NAN) reports that the Delocalised meeting of the Parliament is holding from Aug. 10 to Aug. 14.

The meeting is themed: “Ensuring energy efficiency in West Africa with emphasis on innovation, active involvement of the private sector and citizen participation”.

Speaking at the opening, Hon. Sidie Tunis, Speaker of the ECOWAS Parliament, lamented the poor electricity in Member States which he says has affected development of the region, discouraging foreign investors.

Tunis said that the rate of access to electricity in the ECOWAS region is one of the lowest in the world, noting that the issue of energy survival is oddly in contrast with the potential of the region.

He also noted that energy security is a matter of survival for companies in the sub-region given the cost of energy and its accessibility.

Tunis said that the sub-region, however, has the requisite natural resources to ensure steady power supply which unfortunately are not being effectively explored.

“I wish to observe with delight that our region has tremendous potential for all sources of energy.

“As regards conventional energies, the terms of reference of our meeting indicate that our region accounts for about one-third of verified reserves of oil and one-third of natural gas reserves on the African continent.

“We are not unaware that such fossil energies are the cause of the emissions of greenhouse gases.

“As for renewable energies, the ECOWAS region has a wide range of very diverse energy resources, from biomass to solar and marine energy, including hydraulic, geothermal and wind energy, among others.

“These renewable energies can contribute significantly to improving energy security for both households and companies in the region,” Tunis said.

“In terms of energy efficiency, let us consider the situation of our farmers for example, who are making efforts to mechanise their farms, but are confronted with exorbitant costs of energy to run their means of production.

“Or, the situation of our young artisans, who cannot use their tools because of frequent power outages in their districts, thus stifling their creativity.

“Or the situation of school children in our countries, who cannot continue studying beyond school hours, due to lack of electricity.

“Or the actual numbers of scholars, inventors, geniuses, in short, sheer talents being lost by Africa as a result of lack of energy.

“These examples that I have just given, unfortunately concern more than 60 per cent of the population of our region, estimated at close to 400 million inhabitants. Even in our major cities, industries lack reliable and affordable energy,” Tunis added.

Tunis said that recently, during the First Ordinary Session of 2021, the Community Parliament issued a favourable opinion for the adoption by ECOWAS of various regulations.

He said that the regulations related to the application of standards by Member States as part of the project for improving governance in the renewable energies and energy efficiency sector.

He however urged the committee on a fruitful deliberation to proffer solutions that would help address the challenges of electricity in the region.

NAN reports that the delocalized meeting was led by the ECOWAS Parliament’s Joint Committee on Energy and Mines/Industry and Private Sector/Agriculture, Environment and Natural Resources/ Infrastructure.