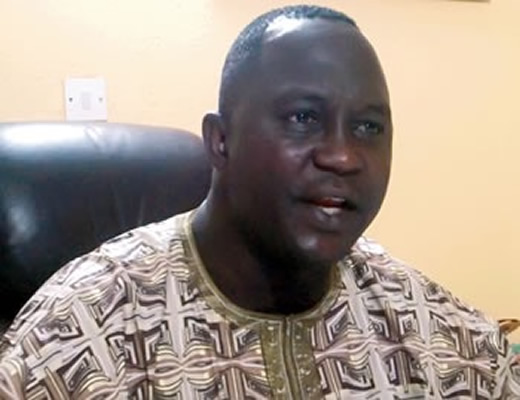 The leadership of the Nigeria Labour Congress has rejected the denomination of domestic gas pricing to GENCOs in foreign currency.

The NLC President, Ayuba Wabba, said this in a statement made available to newsmen on Thursday in Abuja.

Wabba said the NLC was inundated with numerous enquiries from workers and members of the Nigerian public alike concerning the reported slash of domestic gas prices for electricity generation and its lack of noticeable impact or reduction of electricity tariff.

He also said the congress had noted the underlying statement of gas price reduction was attributed to the Minister of State for Petroleum Resources, Chief Timipre Sylva, as widely reported in the local media on August 2.

He said the Minister at the 2021 Gas Stakeholders Forum in Kano reportedly announced that the Federal Government had approved the reduction of domestic gas prices for electricity generation from $2.50 to $2.18 per standard cubic feet.

According to Wabba, it is partly as a result of the misgivings generated by the policy statement of the Minister of State for Petroleum that the congress is compelled to issue this statement.

He said: “The purpose is to openly ventilate the agreed position between the Federal Government and Organised Labour on gas pricing as a critical factor in the computation of electricity tariff.

“It is significant that the incessant increase of electricity tariff was one of the several issues discussed between the representatives of the Federal Government and Organised Labour, hereinafter referred to as the Principals, on September 28.

“Specifically, an agreement was reached at the meeting to set up an FGN-Organised Labour Technical Committee on Electricity Tariff.”

Wabba, however, noted that the Technical Committee was thus set up on September 28.

He said it had a clear mandate to review several critical issues in the power sector and to suggest reforms that would provide succour to Nigerians over the short and long term.

The NLC President said the committee submitted its final report to the Principals at the end of January 2021.

He added: “The Principals accepted among other recommendations that necessary actions should be taken to use efficiency to bring the gas price to below $1.50 per MMBtu.

“Congress also wishes the Nigerian public to know that about 80 per cent of electric energy generated in Nigeria is from thermal stations, which are powered by natural gas.

“In fact, the GENCOs consume over 70 per cent of domestic gas production. Whereas the GENCOs are required to pay as much as $2.50 per standard cubic feet (SCF), other gas users, however, get the same at lower rates, ranging from $1.50 to $1.70 per SCF.

“The worn explanation for the incongruous high differential was the lack of timely payment by the GENCOs for the gas supplied.”

He, therefore, said in other words, the lack of payment discipline and certainty was implicated as a major contributing factor that despite GENCOs account for over 70 per cent of the consumers of domestic gas, rates are higher for power generation.

Wabba said to redress the invidious situation, the Principals resolved that Gas Companies should be integrated into the Central Bank of Nigeria payment waterfall of the Nigerian Electricity Sector Industry.

He said it was done to guarantee payments for gas and contract sanctity of GENCOs.

He said congress has gone into lengthy detail to underpin her position that the gas price reduction for GENCOs announced by the Minister of State for Petroleum is a flagrant repudiation of the kernel of the agreement between the government and Organised Labour.

He said it fell far short below expectation.

He added that hence congress rejected the denomination of domestic gas pricing to GENCOs in foreign currency.

He said, rather, congress insisted on a payment regime in Naira not only for domestic gas but also all energy associated products, which should be denominated in local currency.

He added that from the foregoing, Congress was increasingly hard put to repose confidence in the discussions and agreement at the meetings.

He said the resolutions of the Principals could not certainly be the basis for the minuscule gas price reduction announced by Sylva.

Wabba added: “Consequently, Congress demands of the Federal Government to reduce the pricing of domestic gas supply to GENCOs to less than $1.50 per SCF.

“We also demand that payment for gas by GENCOs should be denominated in Naira.

“Furthermore, the Gas Companies should be included in the Central Bank of Nigeria (CBN) and Nigerian Electricity Service Industry (NESI) payment waterfall to guarantee payments for gas and contract sanctity with GENCOs.

“Congress demands that the  Government should respect the agreement it reached with Labour on electricity tariff.

“Congress remains implacably committed to the ultimate reduction of electricity tariffs by N15 per kilowatt-hour by December 2021 as contained in the agreement.

“Congress hereby serves notice that the posture of the Federal Government to flout agreements is completely unacceptable and would be resisted.”