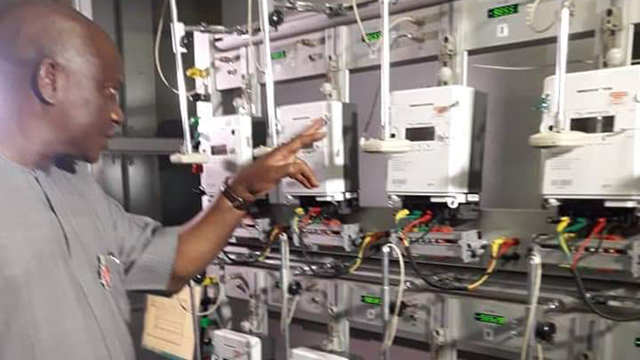 Indications that a huge metering gap still exists despite the recent launch of the mass metering programme of electricity consumers is worrisome for its inconvenience and exploitative impact on hapless consumers. The situation clearly signposts an endemic character of metering problem, coupled with the lack of enthusiasm of electricity distribution companies to address the problem headlong. So far, government’s direct and indirect measures to tackle the issue has had very little impact due to failure of the DISCOs to complement them; and it is becoming clear that unless the government adopts more stringent measures, the average Nigerian will continue to bear the brunt of fraudulent electricity billings.

The failure of the programme from the outset is a metaphor of the endemic corruption in the society and its consequent frustration of many otherwise worthwhile people-oriented programmes. It is a sad irony of fate, which those concerned with this programme should endeavour to unravel. Nigerians are suffering a lot due to chronically deficient electricity management.

Industry experts have reportedly observed that so far, the progress remained dismal compared to the projected objectives, which is to fast-track metering of consumers to eliminate estimated billing as well as enable the Federal Government reduce subsidy spending on the sector. The metering scheme aims at increasing Nigeria’s metering rate, eliminating arbitrary estimated billing, strengthening the local meter value-chain by increasing local meter manufacturing, assembly and deployment capacity. Whereas the programme expected DisCos to roll out six million free meters over the next 18-36 months to unmetered consumers, less than a million meters have been offered almost a year after the plan was birthed.

The Special Adviser to the President on Infrastructure, Ahmad Zakari, said N120 billion capital expenditure (CAPEX) fund was being provided by the CBN for Distribution Companies (DisCos) to improve the metering challenges. He said the Federal Government through funding option from the CBN, installed about 600,000 meters, which according to industry experts fell short of the projected target.

From all indications, the DisCos are not willing to ensure full metering for reasons not unconnected with corruption. Poor Nigerians are being fleeced on the warped system that forces them to pay for services not rendered. Estimated billing system is outrageous and fuels inefficiency and more corruption within the supply chain of electricity. Otherwise, what else is delaying progress on the programme? Why are consumers not being metered as planned?

Of note is the fact that lately, electricity power generation is falling drastically. At the same time, power supply seems to be more reliable in communities that are largely metered compared with communities that are unmetered, which are served through estimated billings. Is this deliberate or coincidental? Nigerians have decried the fact that getting a meter is an uphill task even for people who have the money to pay upfront.

Ideally, meters should be free because they are the property of the DisCos. But Nigerians have put up with the option of phased payment. There is need to guard against extorting consumers by those implementing the programme, who see it as an opportunity for unjust enrichment.

Recently, a bill seeking to criminalise estimated billing by the DisCos was presented before the House of Representatives. Seen as a step in the right direction, the legislation aims at alleviating the burden on electricity consumers, more especially, in a country where the plight of the suffering masses is hardly taken into account by the authorities. Notwithstanding the opposition from the Discos to the bill, the lawmakers were enjoined to do everything within their power to get it passed into law in the interest of equity, fairness and justice. The pro-people bill attracted public support and approval but nothing again has been heard about the bill. Have the DisCos lobbied to prevent its being passed into law?

The culture of estimated billing, which amounts to blatant official corruption, has, unfortunately, been tolerated for too long, which makes it seem acceptable. The time has come for the travesty to end.

An action by way of legislation on mass metering aimed at resolving the intractable problem is desirable; and this is an opportunity for lawmakers to represent their constituencies in the real sense of the word. One way to end the injustice of estimated billing is to liberalise the production of meters. Many companies should be registered to get involved in the production of meters the same way different companies produce cables and other electricity materials. Electricity consumers in the country need protection from exploitation and the very frustrating situation they find themselves. Government should live up to its billings as a government for the people. Public-spirited persons and groups should also come to the aid of Nigerians to ensure that metering becomes seamless and a right of the people. The problems of unjustified billings need to be urgently resolved permanently.