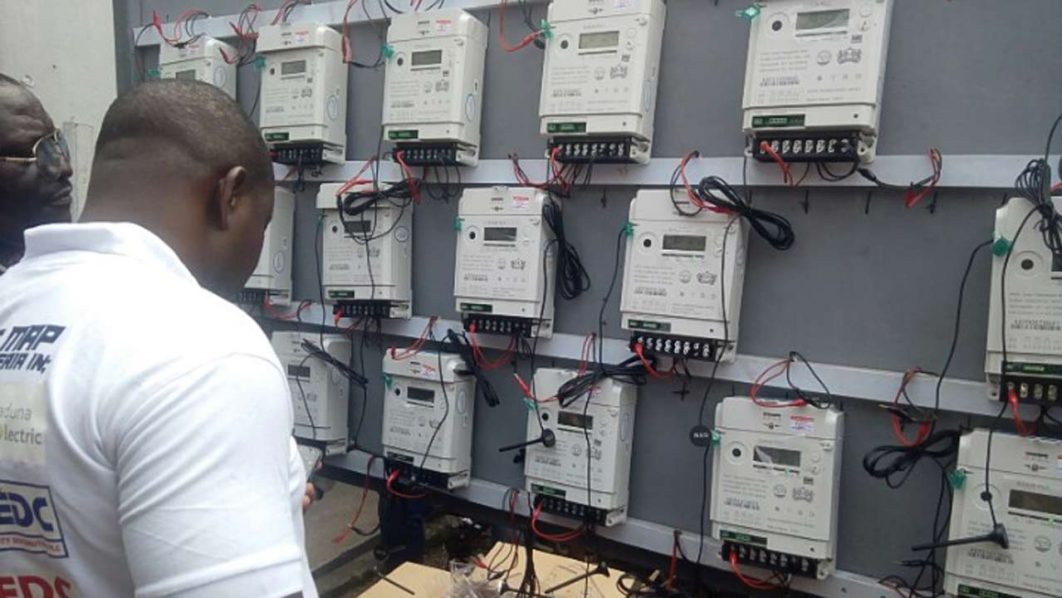 [FILES] Some of the free prepaid meters being tested by engineers at the flag off of the distribution of free meters to 100,000 EKEDC customers under the National Mass Metering Programme (NMMP) . PHOTO: NAN

The Special Adviser to the President on Infrastructure, Ahmad Zakari, said the N120b capital expenditure (CAPEX) fund was being provided by the Central Bank for Distribution Companies (DisCos) to improve infrastructure, especially the metering challenges.

Zakari said the Federal Government through funding options from CBN, installed about 600,000 meters but industry experts said the progress fell short of the projected plan.

While the programme was expected to see DisCos toll out six million free meters over the next 18-36 months to unmetered consumers, less than a million meters have been offered almost a year after the plan was birthed.

He noted that despite the intervention, consumers were still being forced to procure the asset, although it was meant to be free.

Okorie decried that progress on the scheme has been relatively dismal in the face of lingering arbitrary billing.

He said: “Getting a meter is still like a carmel going through needle. Some consumers have their money but can’t even get a meter although it is meant to be free,” he said.

Olubiyo called for the dedicated port that would enable the local assemblers to seamlessly clear their kits, adding that there was a need to address inherent foreign exchange challenges.

The Association of Meter Asset Providers (MAPs) had earlier called for an upward review of the current price of prepaid meters by the Nigerian Electricity Regulatory Commission (NERC) to meet the challenges occasioned by rising inflation, adding that upward movement of foreign exchange rates, associated increases in customs costs, increase in container freight costs, and the disruptions in the international supply chain were creating a global increase in the prices of raw materials and components for the manufacture of prepaid meters.

A meter manufacturer in Abuja, who is the President of Kayz Consortium, Kalu Ikpemini told The Guardian the company was struggling to clear components at the port.