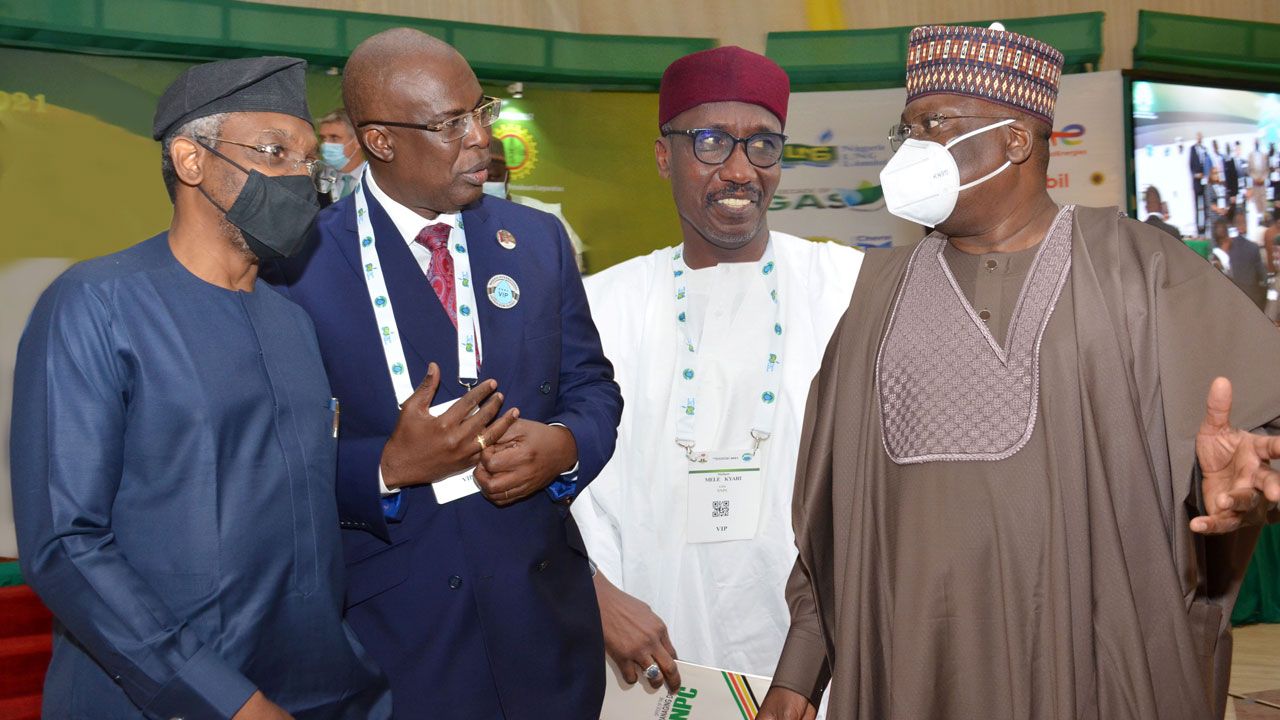 Nigeria, yesterday, in Abuja, showed stern determination to stand against the rest of world in the shift from fossil fuels despite a looming $13 trillion expected losses in revenue as well as drastic drop in oil demand.

Failing to take advantage of oil revenue in the last 55 years of oil production and boom, President Muhammadu Buhari, Senate President, Ahmad Lawan, Speaker, House of Representatives, Femi Gbajabiamila, Minister of State for Petroleum Resources, Timipre Sylva and particularly, the Group Managing Director of Nigerian National Petroleum Corporation (NNPC), expressed optimism in the future of hydrocarbons given the growing population on the continent.

A global think-tank, Carbon Tracker, had put cumulative total revenue loss for all oil-producing countries by 2040 at  $13 trillion given the move from oil.

Lingering uncertainty in the oil and gas sector has already pushed Nigeria to financial crisis leading to borrowing of about $33.8 billion (N12.7 trillion) of which the Federal Government owes $28.5 billion while the states owe $4.7 billion. Additional $6 billion is being considered for borrowing.

The Guardian had reported that the mounting global advocacy aimed at halting all-new Final Investment Decisions (FIDs) for fossil fuels leaves as much as $150 billion worth of projects at risk in the country.

While Buhari told investors and oil and gas stakeholders at the event that the ambitious goal of ramping up crude oil production to at least four million barrels per day and building a reserve of 40 billion barrels remain sacrosanct, elusive legal and regulatory framework, especially the two-decade-old Petroleum Industry Bill has left most oil and gas projects on the drawing board as the country misses out on Foreign Direct Investment (FDI) estimated by the National Assembly to be about $235 billion.

Buhari said although energy transition is real, as renewable technologies are getting cheaper with investors becoming conscious of environmental issues and turning their back on hydrocarbon investments, history has shown that human beings have inflexible appetite for energy.

Stressing that renewables do not have the capacity to cope within the foreseeable future, Buhari, represented by Sylva said: “Fossil fuels will continue to be the source of dozens of petrochemicals feedstock that companies will transformed into versatile and final materials for modern life.

“We cannot turn our back yet on more exploration, discovery of new fields is crucial. And we also need to address short-term opportunities using existing technology that can extend the life of mature fields. Nobody should doubt our commitment in this regard, given a bold move to issue new marginal fields licenses.”

While the nation’s non-oil revenue and export remained dismal, Buhari said the country with a vast hydrocarbon potential would exploit the potential with strategy development.

Kyari, who assessed the future of hydrocarbon in the sub-Saharan region banked on growing population as elixir for more oil. Kyari noted that the projected move from hydrocarbon was too futuristic, insisting that oil and gas would remain a major driver in energy, especially in Africa, which may not grow evenly with other continents in moving from oil.

Kyari, however, raised concern over infrastructure and investment outlook, taking side with investors by insisting on a better fiscal regime. He sees collaboration as a key factor to drive continuous exploration and investment in the oil and gas sector.

“We know we have challenges around fiscal stability,” Kyari said, adding that there were concerted engagements in the sector, which had led to resolve of litigations that would have caused the country a lot.

“Funding is a major issue in the industry today, for two reasons; one, there’s paucity of resources across the globe. And secondly, there’s overall reluctance by investing companies to put money into oil related businesses.

“This is what we have to live with, what we have to contend with. Obviously the best of the business that will survive must try to translate into much more climate friendly, friendly businesses,” the GMD noted.

Lawan said the administration is committed to addressing regulatory and fiscal issues in the sector, stressing that the PIB would be passed before the end of month.

“Today, the National Assembly, and the government are working together to ensure the passage of the PIB. We thought that the PIB would have been passed.”
Stressing that the current legislature adopted collaborative approach in examining issues in the proposals in order to narrow down contentions that held down the bill in the past, Lawan warned that security issues must not be taken for granted.

He stated that there was need to ensure peaceful business environment, especially in the oil-producing region to ensure that oil companies operate peacefully.

Lawan said: “We have to do everything that is necessary to continue to ensure that security and stability, diverse communities need to be carried along.” Gbajabiamila equally said speed would be applied to ensure passage of the bill, stressing that there was need for Nigeria to attract investment.

He expressed concern over the future of the sector, noting that Nigeria must make haste to explore its hydrocarbon resources. “We have determined to get the PIB right this time,” he stated.

Secretary General of OPEC, Mohammad Sanusi Barkindo, who raised concern over insecurity in the country, which he said required collective efforts noted that the country has been able to manage recent economic shocks.

Recalling the 2016 oil price shortfall and the massive impacts of the oil glut leading to the 2020-21 recession, Barkindo said the devastating spread of COVID-19 severely impacted global oil demand and, exposing developing economies like Nigeria.

He said: “As the world economy contracted by 3.5 per cent year-over-year in 2020, global oil demand declined by 9.5 mb/d. During the month of April 2020, oil demand dropped by a staggering 22 mb/d. And yet, President Buhari and his Government bravely rose to both of these great challenges.

Speaking on actions taken by OPEC to keep the market in balance, Barkindo said conformity to the production adjustments was 114 per cent in April 2021.  According to him, the global economy, oil market fundamentals and the oil demand outlook have all been encouraged by positive news on vaccine rollouts and the continuing massive fiscal stimulus that is driving the economic rebound.

To him, the continuing high number of COVID-19 cases in some countries; the uneven vaccine rollout, particularly when looking at the developed versus the developing world; virus mutations; an orderly and transparent return of supplies to the global market; inflationary pressures; and central bank responses, create concern for the sector.

The Secretary General, Gas Exporting Countries Forum (GECF), Dr. Yury Sentyurin noted that the plans by the Federal Government to advance gas resource remained a right step in global direction, adding that recent gas projects, including the AKK pipelines deserves commendation. Stating that gas would become dominant in energy mix, Sentyurin noted that share of gas in energy mix would move to 28 per cent from current 23 by 2050.