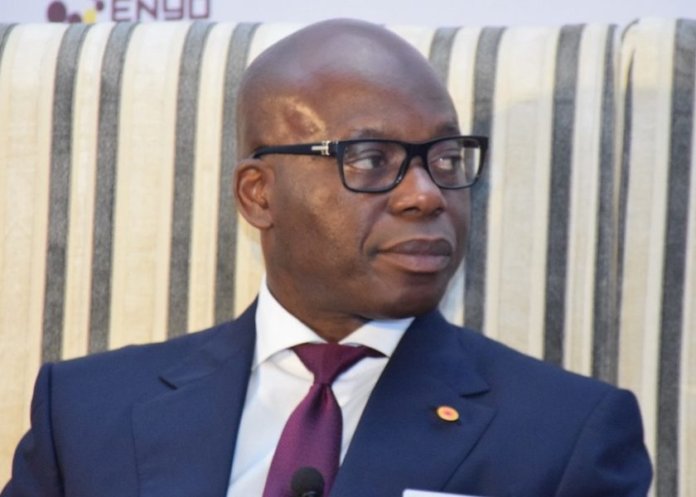 Over the last decade, the journey to replace fossil fuels with cleaner sustainable energy has been moving at glacial speed, but the COVID-19 pandemic has not only accelerated the trend, it’s made it obvious that we weren’t moving fast enough.

The year 2020 was the proverbial straw that broke the camel’s back. Countries and companies were rushing to cut carbon emissions, boost clean energy and transform the way we live; even in the most unlikely quarters, the world is getting behind the energy transition.

In simple terms, the world energy order, which has been predicated on oil, is fast changing direction.

As efforts to combat climate change gather momentum, many of the world’s largest economies have adopted targets for net-zero emissions of greenhouse gases by 2050. A fundamental question for Africa is, ‘as the pressure mounts for regions, countries, and companies to meet the Paris Agreement targets on eliminating carbon emissions, where does the continent stand?’

Despite net-zero ambitions, the current reality of consumption in Africa is quite different, begging the question: ‘Is Africa getting left behind in an ever-widening ‘energy divide’?

At a time like this, commemorating World Environment day matters more than ever, with this year’s theme: ‘Ecosystem Restoration.’

Different sectors and organisations can play a fundamental role in preserving and restoring our ecosystems. Doing so can unlock multiple eco-benefits for the world.

According to the International Energy Agency (IEA), while Africa is home to 17 per cent of the world’s population, it accounts for only four per cent of global power supply investment. Only half of the continent’s population have access to electricity and about 80 per cent of companies operating in sub-Saharan Africa suffer from frequent electricity disruptions.

Many countries still rely on fossil fuels for their base-load energy supply. Though renewable energy is a potential game-changer for Africa, given its current needs, it still has a long way to go in terms of realisation.

For this reason, while the rest of the world is moving forward with renewables, oil will still be a crucial part of the continent’s energy mix; at least for the next decade.

In Nigeria, Africa’s largest economy and most populous nation, indigenous oil champions like Oando Plc took on the challenge of the energy transition decades ago.

The company understood that there would come a time when fossil fuel would need to be replaced by cleaner energy, just as coal was ousted by oil, hence its early foray into gas and power.

At the time, renewables were still relatively new and expensive. However, with the realisation that Africa must be a part of the global energy transition, and recognising the leadership role of gas in that transition, Oando became the first private sector player to invest in gas distribution infrastructure in Nigeria, starting with the ‘Greater Lagos’ area.

In 2019, the company successfully signed two Gas Supply Agreements (GSA) with the Nigeria Liquefied Natural Gas Ltd (NLNG), for the renewal of gas supply for the existing Trains 1-3 for a term of 10 years and for gas supply for the impending Train 7 for a term of 20 years.
Under the terms of the current agreement, the NAOC Joint Venture (JV) made up of NNPC/NAOC/Oando has a total supply obligation of 850MMScf for Trains 1–6.

In addition to the JV’s current supply to trains 1-6 and under the terms of the second agreement, the JV will be responsible for supplying a DCQ of 294.7MMScf/d for Train 7. Train 7 is expected to come on stream in 2024 and will bring the JV’s total supply obligation to 1.1Bcf.
The execution of these agreements also effectively monetises ca. 3.3Tcf of gas for the NAOC JV of which 666Bcf will be net to Oando.

Today oil and gas companies, from the IOCs to indigenous players like Oando are increasingly diversifying their portfolios to include renewable energy assets.

Many of them are at the forefront of developing new technologies to help develop renewable resources. They are also transitioning into ‘energy companies’ and some are even rebranding, with TotalEnergies (formerly Total) being the most evident example.

Rather than blindly following in the footsteps of Europe or North Americas, Africa will have to use gas as a necessary bridge from our current oil-powered state to a renewable future.

Reiterating the importance of gas in Africa’s energy future, Chief Operating Officer, Oando Energy Resources, Dr. Ainojie Irune, in a recent interview with CNN Connecting Africa said: “We see gas playing a huge role in the energy mix moving forward, we see gas as the catapult that will certainly move Africa into an industrialised phase. “Renewables from a cost perspective present a bit of a challenge for the continent; all the same, it’s not taken out of the equation it’s certainly something we’ll continue to look at and invest in but we see gas being the immediate transition. When you have a developing country like Nigeria, gas plays a critical role in moving it from where it is today to a first world country.”

For decades, oil price booms and busts have provided shocks to dependent countries like Nigeria, underscoring economic frailties and the urgent need to develop new sectors both in and outside the energy mix to reduce fossil fuel dependence. Outside of the nation’s dependence on crude oil, Nigeria is among the least electrified in the world on a per capita basis, with many businesses and individuals largely forced to generate their own power using costly, polluting diesel generators.

A key ingredient to realising Nigeria’s energy transition is a collaboration between the government and the private sector to pursue a shift that is favorable and available to all regardless of their social strata.

Collaboration is a crucial strategy in the forward movement of the industry and economy at large.

In recognition of the role that public-private partnership has to play in the energy transition, the Group Chief Executive Officer, Oando Plc, Adewale Tinubu,
said at the presidential flag-off ceremony for the construction of 614km Ajaokuta-Kaduna-Kano Gas Pipeline Project that, “We at Oando, have always been firm believers in the African proverb, If you want to go fast, go alone. If you want to go far, go together. As a proudly Nigerian company focused on driving indigenous participation, we have always been proponents of public-private partnerships in accelerating the nation’s goals.

“We have aspired to play an integral role in the building out of the National Gas Infrastructure and Pipeline Grid, as evidenced by our efforts in 2009, post the Nigerian Gas Masterplan when we participated in the unrealised Calabar- Ajaokuta- Abuja-Kano (CAAK) line.

“We have developed strategic partnerships with both private sector players and the NNPC to bring sustainable solutions to spur the country’s development via our numerous gas development and distribution projects.

“We commend the NNPC for spearheading projects that will soften the headwinds occasioned by the global COVID-19 pandemic. We are proud to be active participants in driving the country’s industrialisation and actualisation of the Gas Master Plan, which will undoubtedly create employment opportunities and ultimately generate as well as enhance value for the nation.”

In Africa, rising incomes, growing populations and rapid urbanisation will combine to push electricity demand to at least double (or possibly triple or more) by 2040.

As the continent with the most developing countries and a huge energy gap, the transition to cleaner and sustainable energy could be nothing short of pivotal in changing the continent’s narrative and future.

Clean energy will give rise to a constellation of bilateral trade relationships, protect the environment and people, as well as prepare the continent for the future.

Speaking on the importance of gas in Africa’s energy transition, at the Columbia Global Energy Summit recently, Vice President, Prof. Yemi Osinbajo said: “I think gas is really fundamental to anything that would resemble a just transition, especially in developing countries, and gas-rich countries in particular. I think we need to accept that gas really is possibly the most sensible transition fuel that we can find.”

The Africa Energy Outlook 2019 has given context to this in its report. It projected that the number of people living in Africa’s cities is expected to increase by 600 million over the next two decades.

Africa’s overall population is set to exceed two billion before 2040, accounting for half of the global increase over that period. These profound changes will drive consumer demand and increase pressure for the continent’s economic growth, infrastructure development and, in turn, energy demand, which is projected to rise 60 per cent to around 1,320 million tonnes of oil equivalent by 2040, based on current policies and plans.

Africa, therefore, has a unique opportunity to pursue sustainable energy development to bridge the gap and act as a lever for a renewable future.

According to African Development Bank President, Akinwumi Adesina, “The recovery from the COVID-19 pandemic offered major opportunities to transform energy production. Recovery must be green and build climate resilience. Recovery must boost green investments.” He spoke in a keynote address at an investment forum, while also noting Africa had the world’s greatest solar generation potential.