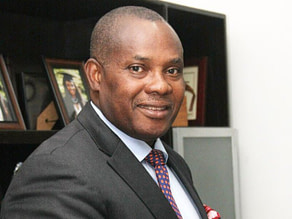 The Federal Government has been urged to discontinue all forms of subsidy for the power sector in a bid to attract the required investment.

Director, Eko Electricity Distribution Company (EKEDC), Mr. George Etomi, in a telephone interview with Daily Sun, said the dwindling revenue accruable to government in the wake of the crash in oil prices has made subsidy to the power sector unsustainable.

Etomi equally warned that the idea of subsidy preference for some operators in the power sector value chain which included gas producers and generations companies remained a disservice to the sector.

Unfortunately, he lamented that politics as being the major divider of the power sector, stressing that this is the first time critical stakeholders are coming together in power sector to ensure that all knotty issues are resolved.

He said with the collapse of oil price, it has now dawned  on Government that there was no more money to continue to subsidise power, thus forcing it to return to the World Bank for budget support.

The Eko Disco Director said the advice by the World Bank to the Federal Government was that it should fix the power sector and that in doing that, it must discontinue the era of unsustainable subsidy policy while ensuring a cost reflective tariff regime.

He added that all the promises made to investors prior to privatization of the power sector were also part of the issues raised by the World Bank as part of the conditions precedent upon granting the loan.

‘‘So all these are the issues playing out now in the power sector as far as tariffs are concerned. They are not entirely new. But stakeholders must ensure that we do what is right to move the power sector forward.

On the recently suspended tariff review by the Federal Government Etomi, said it remained unfortunate that Nigerians were not properly informed, saying what the Nigerian Electricity Regulatory Commission (NERC) has done was not a tariff hike but adjustment which is already contained in its books.

He said the N2 to N4 adjustments were only infused to take care of inflation and exchange rate differentials, saying if NERC has fails to do that on a periodic basis, no there no investment in the power sector.
Etomi said NERC is mandated by law to come up with a bi-annual tariff adjustment, saying whenever a tariff emanates from the adjustments, it could be negotiated.

‘‘If NERC fails to do the above, there would be loss of investor confidence in the industry. It is important that we have a regulator that is fair, fair and do what it is supposed to do at any point in time.’’

He explained that no consumer wants to stay in an unfavorable band forever, saying some Eko Disco customers have applied to be migrated to B and C respectively and that they are willing to pay more having realized that they spend more on alternative sources of energy.

Etomi said shortly after privatization, Government left all it was supposed to do including some of the promises it made to investors which was to ensure that it guarantees a cost reflective tariff.

He regretted that rather than Government to continue with the polices of the power sector privatization programme, it started running  a parallel power programme because there was so much money coming from oil, leading to creation of subsidies for gas and generation to the detriment of the Discos.